The 32-year-old actor took home this year's Golden Globe for Best Actor for his role as Sergeant David Budd in the hit BBC thriller 'Bodyguard' as well as portraying Rob Stark HBO's 'Game of Thrones' - both of which saw him strip down on screen.

However, Richard admitted that by hitting the gym "twice a day" and "barely eating" to prepare for roles, he worries he's portraying an unrealistic body standard for other men.

In an interview with Britain's Vogue magazine, he said: "We're projecting a very unrealistic body image. 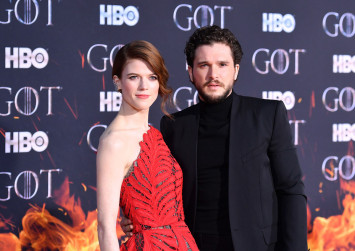 "I find myself with actor friends - after we've done a kind of barely eating, working-out-twice-a-day, no-carbing thing for these scenes - looking at each other going: 'We're just feeding this same s**t that we're against.'"

The 'Cinderella' star went on to explain that it's not just women who feel pressure to lose weight for specific parts and insisted it happens to men "all the time".

He added: "I've done numerous jobs where you're told to lose weight and get to the gym. It doesn't just happen to women, it happens to men all the time as well."

Richard went on to explain that he's now taken a harder line with nudity and will always ensure that it's an essential part of the plotline before he agrees.

He said: "I read scripts where, within the first 15 pages it says, he gets into the shower and I think 'I know exactly what this is' It's just a scene to get me to take my clothes off.

"Then I'm like 'Right can you f***ing explain why it's important for me to have to take my shirt off then I will absolutely do it but if they can't - which they often can't - then I won't."