Gayle King and R. Kelly on CBS This Morning

Gayle King thinks R. Kelly "needs help right away", after she interviewed him for the first time following his aggravated sexual abuse charges.

The 'Ignition' hitmaker was interviewed by Gayle for CBS News this week after he was charged with 10 counts of aggravated criminal sexual abuse by Cook County's State Attorney last month, following accusations from four women, three of whom were underage at the time of the alleged incidents.

During the interview, Kelly embarked on a monologue where he stood up, screamed and had to be restrained, and Gayle has now said she thinks she "witnessed a breakdown".

Reflecting on the interview, she said: "I thought a couple of times that maybe we're witnessing a breakdown as it's happening, and that's why I asked him towards the end of the interview, 'Have you thought about therapy, or are you in therapy?' And he seemed to think, 'Yeah, I've been thinking about that.' He became very emotional and very, very adamant that his voice was heard. 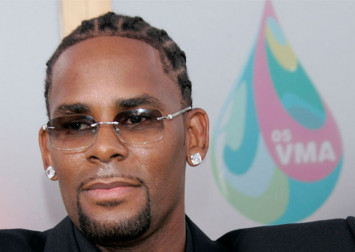 "He was very much aware of what he was doing, but I also thought that on some level, we were watching someone who really needed help, and needed help right away."

And Gayle claims the 'I Believe I Can Fly' singer is "very broken" as a result of the allegations against him, and she hopes he can "get some help" soon.

Speaking to 'Entertainment Tonight', she added: "He's very broken in many ways, but he's also very strong. I walked away thinking I really hope that he reflects on what he said he's going to reflect on, and maybe he will get some help, some therapy."

In the CBS News interview, Kelly became emotional when he accused his critics of "trying to kill" him, and insisted allegations against him are "not true".

He said: "Quit playing, I didn't do this stuff.