The 38-year-old actress is outspoken on a number of causes and believes that it is important to stand side by side with others on social issues.

Speaking in British Vogue's September 2021 issue, she said: "If only Black people care about Black Lives Matter, then nothing's gonna change. And if only Asians are talking about Stop Asian Hate, nothing is going to change. And it's only when we stick up for one another, and we stand side by side, that things will shift.

"Actually, we kind of have a duty to, in a way that our parents perhaps weren't able to as first-generation immigrants."

Gemma also revealed her joy at being directed by an East Asian female director, Chloe Zhao, in Marvel's Eternals, in which she plays Sersi.

Gemma - who played sniper Minn-Erva in 2019's Captain Marvel - said: "First of all, I never expected to be back in the MCU. So that was a surprise. And then to be working with an East Asian female director - I would never have dreamt of that, even just a few years ago.

"It's only a fairly recent thing that Asian females have been able to be the protagonists of stories. 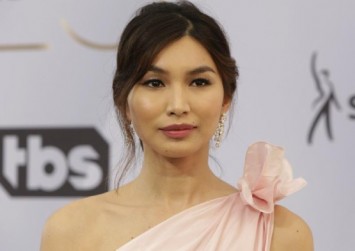 Gemma said: "[Sersi] and Ikaris are kind of immortal soulmates. That was a fun thing to play. Over a span of a thousand years, how do you play a normal relationship? The good thing is, Richard and I have known each other for over 10 years.

"Sersi is not your typical superhero: she's not necessarily the best fighter, she doesn't have the most obviously impressive powers. The main thing is she's an empath. She has a connection with humans, and with the world and the earth. That is her strength, so I leant into that."