The 36-year-old actress finds it "beautiful" that designers like Prabal Gurung - who produces luxury collections that go up to a size 22 - are tackling diversity and size discrimination on their runways.

She said: "[I celebrate] what Prabal Gurung's been doing -- putting models on the runway who are plus-size, who are transgender.

"I love opening up a magazine and seeing a whole mixture of body types, grey hair, dark skin, wrinkles -- we're saying that we find these things beautiful."

The Captain Marvel actress also spoke about racial inequality in Hollywood, as she slammed critics who took issue with her portraying Bess of Hardwick in recently-released movie Mary Queen of Scots. 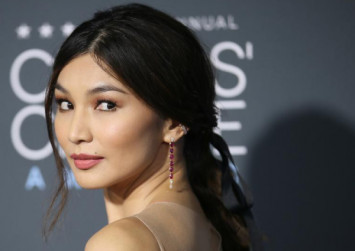 Gemma insists skin colour doesn't matter in film even when it comes to historical roles, and praised Hamilton for casting a black actor as George Washington, as she says "our art should reflect life now."

Speaking to Allure magazine, she added: "Why are actors of colour, who have fewer opportunities anyway, only allowed to play their own race?

"And sometimes they're not even allowed to play their own race. In the past, the role would be given to a white actor who would tape up their eyes and do the role in yellow face ... I feel like Hamilton opened minds a lot.

"We have a black man playing George Washington. They describe it as 'America then, told by America now.' And I think our art should reflect life now."