George Clooney has no "interest" in going into politics.

The 58-year-old actor has been an outspoken critic of President Donald Trump since the businessman was voted into the White House and his active participation in political discourse had led to suggestions he could make a move to be the next American leader in the 2020 elections.

However, the 'Ocean's Eleven' star - who has served as one of the United Nations Messengers of Peace since 2008 and is also a member of the Council on Foreign Relations - has ruled out a run for office doesn't he believes he doesn't have the "skill" set to be a good politician.

Speaking at the 'Catch 22' press conference in Rome on Tuesday (14.05.19), Clooney said: "I am not going to get into politics. It doesn't seem like a very logical place for me to be able to apply what skills I have. I don't have to make compromises for the things that I stand for and the things I believe in, like politicians do. So it is not something that interests me." 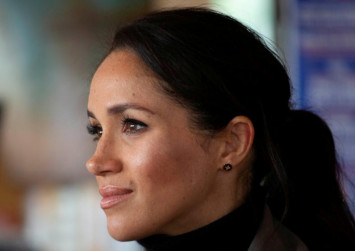 Clooney - who is married to human rights lawyer Amal Clooney - is dismayed with the state of politics around the world right now and the slide "towards authoritarianism", but he remains "optimistic" that everything will work out for the best in the next couple of years.

He said: "It is a very nervous time around the world. People sliding towards authoritarianism, it is something that is nerve-wrecking and that we should constantly monitor. The press do a very good job with that. I happen to be an optimist and I think that things turn around and it will hopefully head that way in the next election cycle."

Clooney has co-directed, produced and starred in the upcoming miniseries 'Catch 22' - which is based on the satirical novel of the same name by Joseph Heller and tells the story of Captain John Yossarian, a US Army Air Forces B-25 bombardier and his experiences of the conflict.