British singer George Michael performs on stage during his "Symphonica" tour concert in Berlin, on Sept 5, 2011.

George Michael was so addicted to Diet Coke that he drank 25 cans a day.

The Wham! singer, who died aged 53 in 2016, had a range of other addictions and was found to have passed away from heart failure and liver disease.

His music producer friend Johnny Douglas was quoted in the Daily Star on Wednesday (Aug 17) saying about the singer being hooked on Coke: "He smoked weed in the studio, as the majority of people do. He was also on anti-depressants - but he was the ultimate professional.

"He was never drugged out and I never saw him do anything that I would consider destructive, apart from his addiction to Diet Coke.

"He was on at least 25 cans a day - it was welded to his hand. You could look in his Range Rover and it was like a graveyard of empty Diet Coke cans."

It comes as George Michael fans heard three of his previously unreleased tracks on a new documentary about his life.

George's songwriting partner and best pal David Austin said about the tunes: "There are three or four recordings that were finished. After Amy (Winehouse) had passed away, they pulled all those demos out of the drawer and started getting people involved in them.

"We would never do that. George's body of work is his complete body of work. That is what we have to work with - and there are a few tracks that are finished." 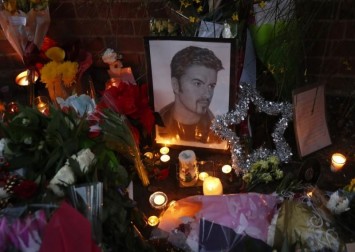 David was speaking at an exclusive screening of the newly-released documentary George Michael Freedom Uncut, which the singer had been working on shortly before he was found dead at home in Goring-on-Thames, Oxon, on Christmas Day, 2016.

It told the singer's life story in his own words for the first time, covering a career which saw him sell over 120 million records worldwide.

The previously unheard songs featured in the film alongside This Is How, which came out posthumously in 2019 and featured on the soundtrack of romantic comedy Last Christmas.

David also vowed "never" to recreate George in the form of a hologram stage show in the same way Swedish superstars ABBA have done on their new tour.