Josh just will not give up.

The German man, 25, who recently returned to South Korea earlier in December, has just posted that he will not be going home any time soon.

His mission is to meet Twice singer Nayeon, 24, and tell her in the face that they should marry and relocate to Australia, reported the koreaboo portal.

Josh, who posted previously that he tried to get help from Twice's agency JYP Entertainment to contact her, said he will not be thwarted in his mission, despite getting threats from her fans.

JYP has also said that it is doing everything it can to protect its artists.

In his latest post, Josh wrote: "If only someone in the Korean community could tell Nayeon about me. (Then) she might realise I'm a good guy and develop feelings for me.

"I need to give her my gift and letter so she gets to know me." 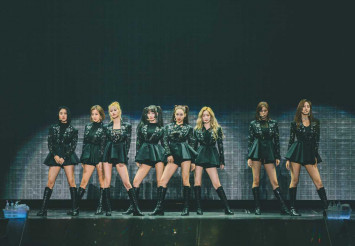 Josh, who posted a video in October of his visits to places in South Korea where Nayeon had been spotted in the past, said he is not a stalker.

He insists that he is in love with Nayeon as a person, not a K-pop star.

But her fans are worried and have urged everyone to monitor his activities, ruling out any direct confrontation with him.