The annual awards ceremony is being held on Jan 9 at the Beverly Hilton Hotel, but according to Variety, no celebrities have agreed to take part in the event.

The Hollywood Foreign Press Association (HFPA) has previously come under fire for the lack of black representation among its members, and a social media campaign called Time's Up was even launched to help highlight the issue.

The Globes talent booker said in an email sent to several publicity agencies: "The Golden Globes will move forward with a small event on Jan 9 that will not only award the best performances in television and film for 2021, but also on recognising the importance of supporting diverse creatives across the industry.

"The event this year will celebrate and honour a variety of diverse, community-based programmes that empower inclusive filmmakers and journalists to pursue their storytelling passions."

NBC previously announced that it would not televise the 2022 ceremony due to the lack of diversity, while Amazon Studios and Netflix announced plans to stop their activities with the HFPA until sufficient changes were made.

In May, NBC said in a statement: "We continue to believe that the HFPA is committed to meaningful reform. However, change of this magnitude takes time and work, and we feel strongly that the HFPA needs time to do it right. As such, NBC will not air the 2022 Golden Globes. 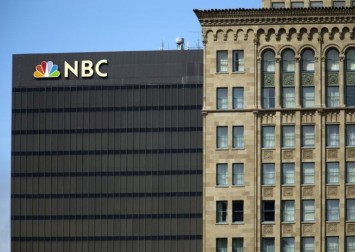 "Assuming the organisation executes on its plan, we are hopeful we will be in a position to air the show in January 2023."

The awards ceremony - which has previously been hosted by Ricky Gervais - is set to held without an audience, without a red carpet and with strict safety measures in place due to the recent surge in Covid-19 cases.

In a statement on the Golden Globes website, the organisers explained: "Proof of vaccination and booster shot, along with a negative PCR test within 48 hours, is required for entry.

"All guests will be masked and socially distanced at all times while inside the ballroom."