The film studio once run by Harvey Weinstein said it plans to liquidate in bankruptcy, as it tries to resolve civil lawsuits against former directors and officers arising from sexual misconduct claims against the onetime Hollywood mogul.

Lawyers for Weinstein Co asked a Delaware bankruptcy judge to convert the studio's bankruptcy to a Chapter 7 liquidation from the Chapter 11 case filed in March 2018, according to papers filed on Tuesday night.

Several rounds of mediation over the last 10 months have failed to resolve liability claims arising from Weinstein's alleged misconduct, the lawyers said.

A hearing on the conversion request is scheduled for June 4. 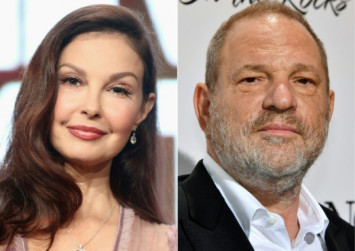 Weinstein, 67, fell from grace after more than 70 women, mostly young actresses and others in the movie business, accused him of sexual misconduct dating back decades.

He has denied all accusations and said any contact was consensual.

Weinstein has also pleaded not guilty to criminal charges arising from his having allegedly forcibly performed oral sex on a woman in 2006 and raped another woman in 2013.

A trial is scheduled for September.

Weinstein's case helped launch the #MeToo movement, where dozens of powerful men in entertainment, politics and other fields were accused of sexual misconduct. Many lost their jobs.

Lawyers for Weinstein Co said Chapter 7 was best because the company had sold nearly all its assets in a $289 million sale last July to private equity firm Lantern Capital Partners, and lacked enough liquidity to reorganise under Chapter 11.

They also said liquidation was the best means to resolve claims against the former directors and officers, taking into account the interests of their insurers.

Weinstein Co's plan to hire a law firm, Bernstein Litowitz Berger & Grossmann, to pursue claims it might have against the directors and officers drew two objections on Wednesday, including from New York Attorney General Letitia James.

Her office said hiring a firm with no prior involvement in the case might drag out negotiations on a possible global settlement, waste time that lawyers already spent and unnecessarily deplete the debtors' limited resources.

Lawyers for Weinstein Co did not immediately respond to requests for comment on the objections.

The case is In re Weinstein Co Holdings LLC, US Bankruptcy Court, District of Delaware, No. 18-bk-10601.