The toy company has revealed a new set of toys based on the hit Marvel movie, which they have been keeping under wraps to avoid spoilers for its fans.

One of the toys is the Marvel Legends Series Avengers Electric Power Gauntlet, which retails for £97.99 (S$173), and possesses "incredible, reality-altering abilities". The toy is intricately designed and when activated, its six infinity stones pulsate with glowing light.

A push of the infinity stone at the centre of the gauntlet actives sound effects whilst the fingers can be locked in a clenched fist position to show its power.

There is also a Marvel Avengers: End Game Electronic Fist for children five years and up, which includes lights and sounds. Similarly to the Electric Power Gauntlet, pressing the centre button will cause it to light up and make sound.

Elsewhere, fans can also get their hands on a range of 15cm Avengers: End Game Legends figures including Marvel's Rescue Figure, Marvel's Ware Machine, Shuri, Rock Python, Union Jack, Beta Ray Bill and favourite Loki as well as a number of 30cm figures as part of the Titan Hero Series. 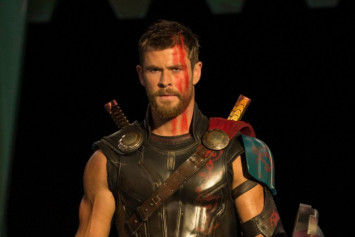 There is also a 15cm figure of The Hulk, with the design inspired by the Hulk's appearance in 'Avengers: Endgame'.

These toys had not been revealed until now because the directing duo Anthony and Joe Russo previously urged fans not to spoil the ending of 'Avengers: Endgame'.

They said: "To the greatest fans in the world. This is it. This is the end. The end of an unprecedented narrative mosaic spanning eleven years and eleven franchises. For all of you who have been on this journey with us since the very beginning, sharing every high and low with your family, your friends, your classmates, your co-workers. Investing so deeply in every character and storyline. Laughing. Cheering. Shedding tears. Giving so freely of your thoughts and emotions in spirited dialogue, theories, fan art and fan fiction."