Before there were #couplegoals, there was local actor Pierre Png who famously donated a part of his liver to his then-girlfriend Andrea De Cruz.

In 2002, Andrea — a TV actress and host at the time — suffered liver failure after taking Slim 10 slimming pills and Pierre saved her with the donation. It was also the first liver transplant where the Ministry of Health allowed non-related living donors to donate.

Cut to December 2021 when Pierre made an Instagram post saying that Andrea's health had taken "a turn for the worst" earlier in the year, but the couple later received news that she will be okay.

Speaking to 8days about his upcoming drama Home Again, the 48-year-old actor shared more details about what happened.

He said that Andrea, 47, went for the second vaccination jab because of the new Covid-19 variants and had a "not so good" reaction to it.

She had a fever and while it's a common side effect, it seemed like it was something more serious and she was taken to the clinic.

Before the final diagnosis, there was concern that she had contracted Covid-19 or malaria — which Pierre described as a worst-case scenario — since her symptoms and "how she got her fever" clearly indicated that her body was "fighting something".

Read Also
Hayley Woo: Severe side effects of booster jab a wake-up call to how unhealthy I was 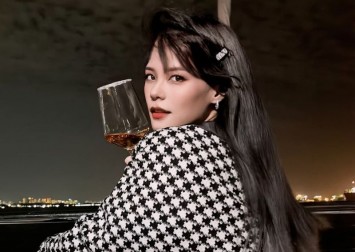 However, she was cleared of both.

Pierre said: "But then came the third reason she might have a fever, and it's because of a rejection of the liver. It turned out to be the worst of the three options."

Andrea was put on steroids and given a larger dose of medication.

Though she's out of the woods now, it's likely that she has to continue with the steroids for the foreseeable future.

"It doesn't look like they're going to lower the medication anytime soon... she will not be going for her booster shot, so... we don't know what to do, but as far as we're concerned, the numbers are coming down."

He added that her next blood test will be in two weeks and they're in the midst of making sure she's in the clear.