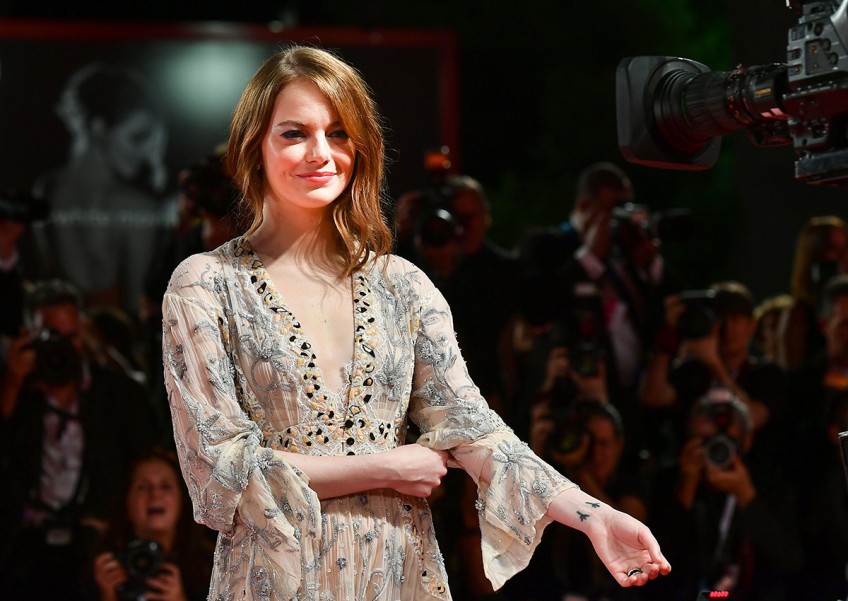 VENICE - Wicked and powerful women took the Venice film festival by storm on Thursday (Aug 30) with a viciously funny British period comedy, The Favourite, already being talked of as an Oscar contender.

With controversy raging over why only one female director has been chosen to compete for the Golden Lion top prize, films by or about women are the talk of the festival.

The Favourite, a riotous cocktail of love, power and ambition at the court of Queen Anne starring Emma Stones, Rachel Weisz and Olivia Colman, drew belly laughs and cheers at its premiere.

Critics predicted Oscar nominations for the trio, who play the three most powerful women in early 18th-century England.

The story of the real-life rivalry between Sarah Churchill, the Duchess of Marlborough, and her cousin Abigail Hill as they fight for the ear of the queen played by Colman, was given a distinctly post #MeToo twist by London-based Greek director Yorgos Lanthimos.

The Hollywood Reporter declared it one of the hottest independent films of the year so far, and not just for its earthiness.

"There is lots of sexual politics in the film and that's good," Colman told reporters. "We think we invented sex but it has been going on for quite a long time. It was also awfully fun to have sex with Emma Stone."

"It was fun to have sex with you too," said the Oscar-winning star of La La Land.

Colman, who is also playing the reigning British monarch Elizabeth II in the Netflix hit series The Crown, said the two queens "were not very similar".

She played Queen Anne as a "petulant child, an under-confident woman does not know if anyone really loves her, and who has too much time on her hands and too much power.

"I don't think the Queen learned anything from her."

Lanthimos, best known for The Lobster, said the script was written nine years ago, long before the #MeToo movement, "so we can't take credit. The prevalent male gaze in cinema is of women as mostly housewives, girlfriends or objects of desire.

"Our small contribution is to show them as the complicated, wonderful and sometimes horrific people there are," he added.

Gravity and Harry Potter director Alfonso Cuaron's new film Roma, his most personal and touching, which he set in the home he grew up in, also drew a long ovation.

A paean to the women who raised him in Mexico City, the story is told through the eyes of Cleo, a strong and resourceful indigenous maid whose life is a million miles from the rich family she works for.

"Cleo is based on my babysitter when I was young. We were a family together," said Cuaron.

"But when you grow with someone you love you don't discuss their identity. So for this film I was forced to see myself as this woman, a member of the lower classes, from the indigenous population. This is a point of view I had never had before."

A chilling documentary by Italian journalist Francesca Mannocchi, ISIS, Tomorrow. The Lost Souls of Mosul, has also drawn plaudits, warning that the Islamic State in Itaq and Syria is far from destroyed in Iraq.

Mannocchi and her partner Alessio Romenzi spent 18 months talking to former child soldiers in the ruins of Mosul, Iraq's second city, and found anger in brutalised communities that once supported the shortlived caliphate is again playing into the extremists' hands.

Word-of-mouth is also strong on Pearl, the story of a female bodybuilding star whose past catches up with her. The film by young French film-maker Elsa Amiel has Scottish star Peter Mullan playing her manager.