A $50 red packet for a wedding dinner wouldn't cut it these days, especially in high-cost Singapore, and we're guessing the same standard applies for Hong Kong.

So it's no wonder actor Jazz Lam didn't let a friend live down the fact that he gave a HK$300 (S$53) red packet for his wedding, even after a year.

Jazz recently celebrated his one year anniversary with wife Kary, but it was an ongoing conversation within the comments on Facebook that got the attention of friends and the public. The comments have since been removed.

According to Apple Daily, Jazz had replied to a friend's comment with a cryptic statement: "The 'kindness' you showed me, I'll never forget!"

Jazz then reminded his friend about the "HK$300".

In his defence, the friend said he remembered that he'd given HK$500 ($86), and offered a personal apology to Jazz if what he said were true.

Jazz replied in return: "I think you made a mistake, but it's okay. A HK$300 debt of kindness is fine. If you have no money, that's fine too. I can even give you a treat. But the funny thing is that you messaged me on Facebook to say you'd like to attend my wedding, and this was the result, it made my wife and I laugh."

He continued: "Actually you can't put a value on kindness, if you're tight financially, I can give you a treat, just say so."

In the end, the 36-year-old even invited his friend to check on hotel wedding banquet prices online.

In an interview with media, Jazz clarified that although the incident did indeed happen, he made his comments in jest and the pair have not fallen out over the incident.

"I won't say anymore, or my friend will feel ashamed. He told me that he didn't know the market rate, and I said it's fine, it's not important. Anyway he's actually not my friend, but a friend's friend."

Neither is Jazz bothered by commenters that criticized him for being petty.

Read Also
Wedding ang bao rates in Singapore (2019) - How much should you give? 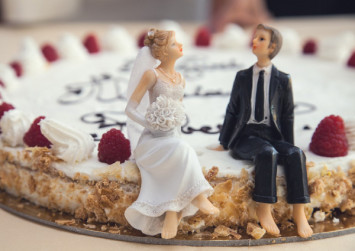 "Actually, it was my wife who opened the red packet and saw it first, anyway I always joke around, and it's no different this time, whatever people want to say it's okay."

Judging by his comedic roles and reputation as a funnyman, we are quite convinced that Jazz was not being serious.

But just so you're not caught out in a similar situation, here's a useful guide on banquet rates in Singapore these days, just in case.

#Weddings and engagements #In Case You Missed It