Vivian Chow may be 51 years old, but she does not seem to have aged over the years.

The Hong Kong singer held her concert in Guangzhou on Saturday (June 29) as part of her 30th anniversary concert tour.

Chow, who has not performed in the Chinese city in the past six years, thanked her fans on social media, saying they are the driving force behind her concert tour.

She also posted photos of her concert in Guangzhou, as fans commented that she looked gorgeous in her various outfits.

She will be holding her next concert in Nanning in China's Guangxi region on July 13.

Despite her age, 1990s pop icon Chow is known for her seemingly eternal girlish looks and was dubbed the "Jade Girl" for her squeaky-clean image. 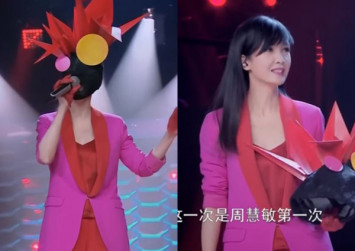 In October last year, her appearance on China's Mask Singer 3 was met with Chinese netizens praising her complexion and figure.

Chow released her first EP in 1988, but took a break from show business in 1997 when her contracts expired.

Since then, she has returned to the stage occasionally and made several appearances in films, the most recent being Cafe. Waiting. Love in 2014, where she played the boss of a cafe. She also released a gospel album the same year.