"My daughter is so chubby," gushed Hong Kong star Leon Lai in a Facebook post on Sunday (Aug 26).

Four months after her birth, the 51-year-old singer has finally offered his fans a first glimpse of his baby.

"(Being) ordinary is her fortune," he wrote.

Lai, who is known for fiercely guarding his family's privacy, surprised many by sharing the photo after holding a sold-out concert in Dongguan, China.

At the concert, fans congratulated the first-time dad with signs that read "Leon Papa" to which he happily replied "Yes, I know, thank you! I'm Papa!" 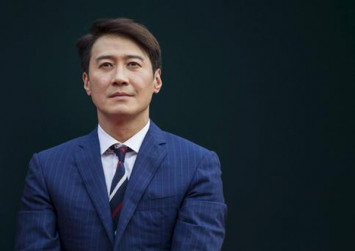 Lai's daughter was born a few weeks ahead of her due date in May and weighed 2.3kg.

Despite efforts to keep the birth secret, reporters got wind of it and swarmed the hospital where his girlfriend Wing Chan gave birth.

Following the incident, he slammed the media for disturbing the staff and patients there and called the person who leaked the news a "traitor".