Horror film buffs, here are some great flicks to catch this Halloween 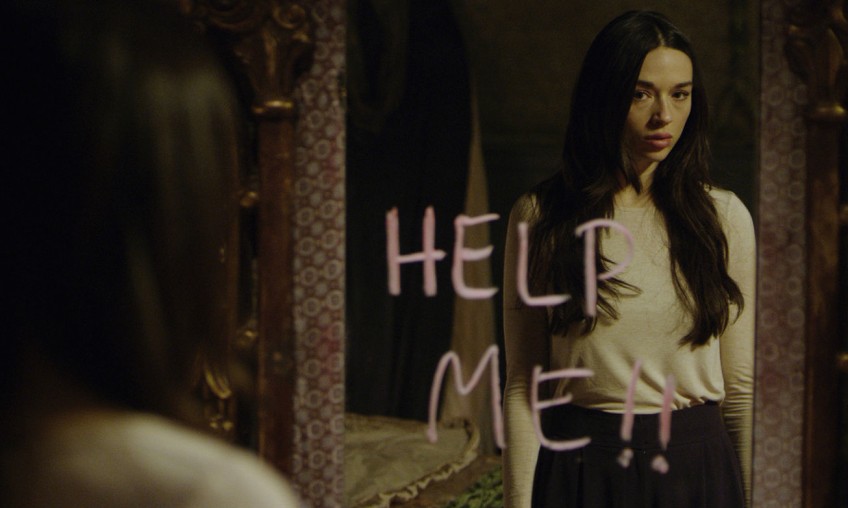 Incident in a Ghostland

From ghosts to witches and murderers, these films have it all. Five films from three film festivals with a scare factor like no other

The bar for horror films has raised by a great deal. A good horror flick isn't just about the jump scares and convincing costumes anymore, it has to have an intriguing storyline and good cinematography. If you're not into dressing up for Halloween, catch a horror film to get into the Halloween spirit. This year, three film festivals (French Film Festival, Scream Asia and Singapore International Film Festival) have curated individual selections of unusual horror films. Horror film buffs, you will not be disappointed.

Incident in a Ghostland

Pascal Laughier is back with another film (remember Martyrs (2008)? The thrilling tale of two tortured women and their quest for revenge to keep us on the edge of our seats this year. Incident in a Ghostland (2018), his latest horror film, will be screened at The Projector and Alliance Francaise de Singapour on 9 and 10 November respectively.

Starring Crystal Reed and Anastasia Phillips, this film follows the traumatising experience of a mother and her two daughters in their family home. After surviving a murderous intrusion on the first night of inheriting the house, they leave the home. 16 years later, they decide to return to the house and are terrorised by sinister occurrences.

Dotted with grotesque imagery, this film is as unsettling as it is intriguing. If the Halloween horrors aren't enough for you, be sure to catch Laughier's work during the French Film Festival (all films will be screened at The Projector and Alliance Francaise de Singapour) this November.

The Night Eats the World

Capitalising on gore and jump scares, Dominique Rocher's The Night Eats the World (2018) brings a whole new twist to a party gone wrong. Screening at The Projector on 10 November at 8pm and at Alliance Francaise de Singapour on 14 November at 9.30pm, this is the next zombie film you should be talking about.

After a raging night of partying in Paris, Sam wakes up to a blood-spattered apartment. With no clue to the eventful happenings of the previous night, he starts exploring the house and is faced with a gripping reality - he is now alone and running from the living dead.

A zombie movie may seem like a sure fire way to enter the never-ending list of badly made horror films but zombies in Paris? Come on, that's not something you get every day.

They Who are Not Seen

Scream Asia will be closing the festival with Billy Christian's They Who are Not Seen (2017) on 28 October, at 6.30pm at The Cathay. Shown in Bahasa Indonesian with English subtitles, this is the first time the film will be screened in Singapore.

Based on a true story, the film follows the life of Saras, a teenage girl who has always had a sixth sense for the supernatural. However, this resulted in her having a strained relationship with her mother, who adamantly refuses to recognise Saras' special ability despite her being possessed twice. Ironically, Saras' haunting by the spirit of a bully victim becomes the key to restoring her relationship with her mother. A horror film with a moral subtext, this film will scare you and warm your heart at the same time

Starting off with Luz (2018) on 1 December, a German horror film and Tilman Singer's first ever feature film. A chilling tale of two girls and their encounter with a supernatural creature, this will tingle your spine. Having longed for Luz since she was a schoolgirl, this creature takes over the body of Nora (Luz's ex-schoolmate) and attacks her.

Cutting from Luz's harrowing escape to the scene where she is hypnotised by a psychotherapist to retell her horrifying story to two policemen, Singer's experimental narrative chronology will keep you glued to the storyline.

A selection of horror films is never truly complete without a witchy character. UK director Peter Strickland's latest film, In Fabric (2018), brings to us a witchy sale-matron who sells a cursed red gown to single mother Sheila. Before you pass any judgment, rest assured for this isn't going to be your token witch film.

Strickland's clever blend of campy high-art and chilling menace makes this film more than just another attempt to ride on the wave of occult horror. The film's use of bright colours, an interesting mix of sounds and textures contributes to the strong cinematography. A horror-satire on consumerism in the twenty-first century, this film is definitely one to watch at the Singapore International Film Festival.

This article was first published on Her World Online