'How can women be so cheap?' JJ Lin put off by encounters with overzealous female fans

Homegrown star JJ Lin admits he's never been popular with the ladies, but along with fame, he's received all kinds of twisted attention from the opposite sex.

In an interview granted to Chinese-language weekly Next magazine, the Singaporean singer-songwriter shared some horror stories involving overzealous female fans in his 16-year showbiz career.

He recounted an experience with a female fan who knocked on his door in the middle of the night, offering herself up to him, presumably for sex.

The celebrity also shared another instance where a fan requested a photo with him at a nightclub. When he complied, she took the opportunity to kiss him while taking the photo, and later shared it on her social media platforms.

"How can these women be so cheap (贱)? " he expressed in frustration.

Read Also
JJ Lin's got these stars' tongues in a twist 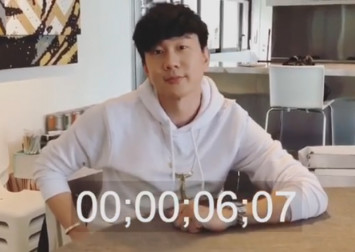 In yet another incident, JJ shared how females whom he had just met would get touchy-feely with him, leaving him speechless.

"Does doing these things mean they like me a lot? No, they just want to show off that they're close to JJ Lin," said the vexed star, who admitted to being turned off by women for a period of time as a result.

Incidents he experienced while performing in concerts could be even more disturbing -- according to the interview, fans would declare their desire to bear his children, send letters to him written in blood or even threaten to commit suicide.

He had stern words for those who threaten to harm themselves: "Fans who don't know how to love themselves are not my true fans.

"I wish that my music can bring everyone positivity, and encourage everyone to do what they love, just like me. Such behaviours not only causes harm to oneself and one's family, it also makes me sad and angry."

In 2016, it was reported that a 27-year-old female fan who believed that her friend was in a relationship with JJ Lin chose to end her life as a result.

When JJ found out about the incident, he put out a statement through a representative, expressing his grief and sorrow.