Whether he's prepared to or not, Yao Wenlong will be striking enemies with his fists, elbows and knees in his new drama series Strike Gold.

In an interview with Shin Min Daily News last Saturday (Aug 13), the veteran Mediacorp actor revealed that he has been practicing muay thai for the last few months in preparation for his role in the new Mandarin drama series Strike Gold.

"I almost cried when I first started practice! But I found that after a few classes, I felt a lot more energetic and my self-confidence improved greatly!" Wenlong, 51, admitted.

He will be playing Mei Youyong, a former muay thai instructor who sustained injuries in an underground fighting ring.

But that's not all Youyong loses — his daughter, Xiaoxi (He Yingying) is also forcibly taken by an underground society.

Although his daughter later returns to him, she refuses to speak about what was done to her. Fearing the worst, Youyong seeks solace at the bottom of a bottle and becomes an alcoholic.

Speaking about his muay thai training thus far, Wenlong added: "Basic movements like kicking and boxing feel fine because I've been practicing for about three or four months now. But how long I can sustain my physical strength is still a big challenge for me." 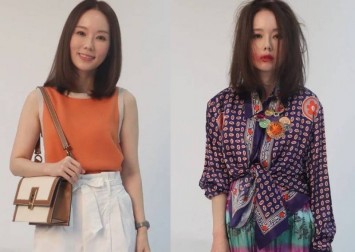 And the difficulties that Wenlong had to face were twofold — he was already in the thick of filming for Your World in Mine, a separate drama series, when his muay thai practice began.

In the recently-ended Your World In Mine, he plays a middle-aged father of three.

Said Wenlong: "After I finished my first practice session, my physique changed. So when I went to film Your World in Mine, the director asked me, 'Why do look different and you look more like a model now?'"

During that period of overlap, Wenlong explained that he needed to have control over his body. As much as he would practice muay thai, the 'uncle' image for his role in Your World in Mine had to be maintained as well.

Despite the difficulty of learning muay thai, he expressed interest in the martial art.

"I've started to like muay thai very much. Even after filming [for Strike Gold] is over, I will be practicing more often."

Punching up in his personal life

Aside from his acting career, Wenlong also juggles his restaurant Sun Gourmet Kitchen in Johor Bahru, Malaysia. His family, including wife Jenny Tsai, 38, son Jianyu, 15, and daughter Luohui, six, are also there.

He said about his business: "I want to try entering different industries. I hope I'll be able to develop my business everywhere across different countries. After the epidemic, I feel like there are a lot of things that you can't do by staying solely in one industry."

Wenlong also shared his thoughts on parenting and how he's raising his daughter.

"I am less like a father in front of her and more like a friend. When she's in a bad mood, she tends to speak loudly about it to me, but she'll also share if she's happy. I also like children a lot, so I'll frequently talk to her about school and her friends, emulating what children would talk to each other about."

But he isn't afraid to lay down the law. If the girl misbehaves, he and his wife would not rebuke her directly but try to help her understand the error of her ways.

"If she bullies her friend, for example, I would bully her when I have dinner with her that evening. If she's unhappy about it, I'll explain to her, 'You're not happy now, and so was your friend at the time [when you bullied her].'"

Strike Gold is a new Mediacorp drama series featuring other local stars such as Yvonne Lim, Desmond Tan, Hong Huifang and Jin Yinji. It will be telecast on weekdays from January 2023 at 9pm on Channel 8 and also on demand for free on meWATCH.

ALSO READ: 'I got lost when I first came back': Yao Wenlong couldn't find elevator in Mediacorp after spending 2 years in Malaysia due to Covid-19