'I didn't know when he'd lose his temper': Chantalle Ng says dad Huang Yiliang once caned her so badly she was hospitalised for a week

There's a saying — spare the rod, spoil the child. But what if the physical punishment crosses the line and becomes something traumatic?

On the latest episode of the meWATCH talk show Hear U Out, Chantalle Ng (daughter of veteran actress Lin Meijiao) shed some light on her unhappy childhood memories, specifically those involving her estranged father, former actor Huang Yiliang, and his temper.

The 26-year-old told TV host Quan Yi Fong that a lot of the unhappiness during her childhood "stemmed from my father". Her parents divorced before she turned one, and although her mother had custody of her, Chantalle had to visit her father every Sunday.

The duo shared some happy memories — Chantalle vividly remembers the times he brought her out for sporty activities like swimming, golf, and badminton — but his temper also gave rise to a tense relationship between the two.

"It was a bit of a struggle for me," she shared. "My father was a fierce man. A child would find his way of showing love not acceptable."

She added: "He had a volatile temperament. I didn't know when he'd lose his temper."

Hospitalised for a week after caning

Back then, meeting him every Sunday also caused Chantalle to get "terribly nervous" the day before, and she asked Meijiao if she could stop seeing him. Meijiao even took Chantalle to see a social worker once and the latter opened up about why she didn't want to see him. 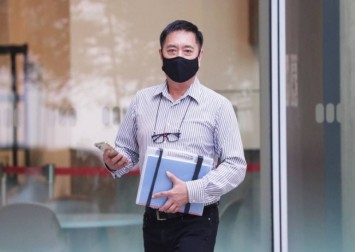 Chantalle revealed: "Something grave happened once. It was reported in the news. I was in Primary 5 then. Maybe he was under a lot of stress, and coincidentally, my PSLE exams were just around the corner. He arranged many tutors to help with my studies. Maybe he was anxious and eager to see his daughter do well.

"A tutor might have given him some negative feedback that I was poor in Maths. He got mad. When he came to my place, he lost it. It ended up becoming a police case."

She said that Yiliang caned her and it was "rather serious" as she ended up being hospitalised for a week. When such cases happen, the police gets involved, she explained.

When asked how she felt at that time, Chantalle replied: "I was terrified. I was too terrified to get angry. I've always felt intimidated by him since young. I knew if it wasn't a good day for him, anything could trigger his violent temper." 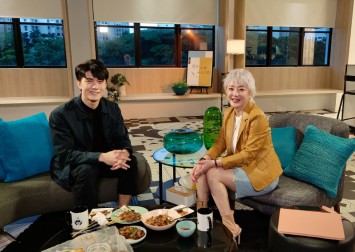 When all that went down, Chantalle recalled her mother trying to stop Yiliang and he even wanted to hit her. "I remember shouting at him, 'Don't hit my mother'," she said with tears in her eyes.

Though the case eventually went to court, Meijiao decided to drop it because she saw her child was stressed. The starlet said: "I'd be terrified whenever I had to see him. Everyone involved had to be in court. My mother didn't want me to face more stress."

After the incident, many people asked Chantalle if she was still in touch with her father as they "didn't realise it was so serious". A lot of her elders also urged her to forgive Yiliang as he is still her father, regardless. This caused her to feel guilty when she was in secondary school and she tried to patch things up with him.

She met him a couple of times, but unfortunately, the fear was still there. Ultimately, she decided to distance herself from him.

Even now, she is still not ready to meet him, she said.