'I'm just trying to be an example': Mark Wahlberg won't force his children to go to church

Mark Wahlberg won't "impose" his faith on his children.

The 50-year-old actor - who has Ella, 18, Michael, 16, Brendan, 13, and Grace, 12, with wife Rhea Durham - won't force his children to go to church but hopes they can look at him and see the positive affect his Christian beliefs have had on him and his life.

He said: "It's a tricky thing with my faith. I wanted my kids to get a Catholic education, but I don't want to impose going to church on them and all that stuff. I just want to be an example.

"For them to see that Dad can't miss church, or can't miss prayer time, can't miss his daily devotional, and just my routine as a whole, that hopefully, one day when they're kind of trying to figure it out, they'll realise, 'Well, that thing works for Dad. Maybe it's worth trying.'

"But I don't want to force them to do it, because I think they may resent it and push back.

"So, I'm just trying to be an example and show them that it works for me in all the good things that have happened in my life, including them and their mom has been provided to me by God, when I was prepared for it and ready for it."

The Father Stu actor hopes he can "be an example" for his children and other people to look up to.

He told Entertainment Tonight: "Trying to show kids in inner cities growing up, like the ones that I did, that anything is possible as long as you're willing to go out there and do the work. And really just trying to encourage people to do their best, to be their best. 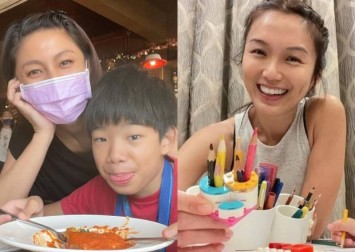 "I think being so blessed and so fortunate and having been able to turn my life around the way that I did, it certainly wasn't to forget about where I came from. It's about giving back and hopefully, through this, starting to do more meaningful things."

Mark plays boxer-turned-priest Father Stuart Long in his latest movie and he admitted he identified with his alter ego's real-life journey away from self-destruction.

He said: "We both had very difficult childhood upbringing, both kind of searching for our calling, and, I think, both kind of getting to a place where we wanted to do more good and serve God, and certainly appreciating all the blessings that have been bestowed upon me.

"Now having me continue to echo his message and take that responsibility on myself after the film is over to continue to do more substantial work, and continue to bring people together and promote a message of hope and faith."