LISBON - Pop legend Madonna has cancelled another show in Portugal's capital Lisbon, the city that inspired her newest album Madame X, as she struggles to cope with pain from "ongoing injuries", her tour promoter said on Wednesday (Jan 22).

Promoter Everything Is New issued a statement on Facebook apologising to fans and thanking them for the "well-wishes for Madonna's recovery".

"We sincerely regret the disappointment to fans due to the unforeseen and last-minute changes to the schedule," it said.

Wednesday evening's concert was the second show the star has cancelled since kicking off her European tour in Lisbon on Jan 12, where she has lived since mid-2017.

"Sorry I had to cancel tonight," the 61-year-old wrote on Instagram after the first cancellation in Lisbon's Coliseu dos Recreios venue on Sunday.

"But I must listen to my body and rest!" 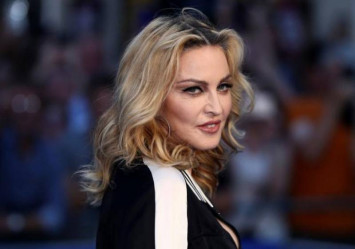 The star shared a video on Instagram on Tuesday where she is seen walking up a set of stairs with a walking stick.

During the weekend, Madonna also shared a video of her taking post-show ice baths.

Madame X is the fourteenth studio album by the American singer and was inspired by her life in Portugal and the country's culture and traditional music, including the melancholy musical form fado.

According to the promoter, Madonna's final show of the initially scheduled eight in Lisbon on Thursday is expected to go on as scheduled.

The tour will then continue in London and Paris.