SINGAPORE - Irish boyband Westlife are mounting their comeback and that includes stopping by Singapore for an exclusive Q&A session with their fans on Jan 31 at 6pm.

The location for the event has yet to be announced.

The quartet - comprising Nicky Byrne, Kian Egan, Mark Feehily and Shane Filan - returned with their first single in eight years, Hello My Love, earlier this month. Former member Brian McFadden, who left the group in 2004 to pursue a solo career, is not part of the reunion.

The song, co-written by British pop star Ed Sheeran, is the lead single from the group's eleventh studio album, which will be released later this year. 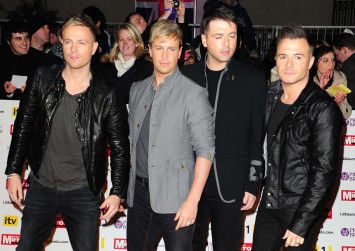 According to a status update posted on the band's Facebook page, the group is expected to be in town from Jan 29 to Feb 1.

Passes to the Q&A session, organised by Universal Music Singapore, can be won via lnk.to/westlifeinsg

The clean-cut boyband, who enjoyed peak success in the 2000s, is responsible for worldwide smash hits such as My Love, Swear It Again and If I Let You Go.

The group have also announced The Twenty Tour, which kicks off in May and will see them touring Europe.