Jacelyn Tay shocked that son asks to be caned over nothing

We've all heard it before and probably still hear now-though not as often-about parents hitting their children or so-called corporal punishments that are said to be used to instil discipline in kids.

In Singapore, eight in ten parents use corporal punishment on their own children, international research agency YouGov reported.

But woke as the current world we live in now, the idea of corporal punishments like caning is beginning to be frowned upon with child psychologists saying it does more harm than good.

So imaging the shock for actress and mummy Jacelyn Tay, during a recent conversation between her and her son, Zavier Wong, who asked her to cane him. The conversation, she wrote about on her Instagram.

It was a typical bedtime-turned-remarkable-conversation between the actress and her son when the 8-year-old, Zavier, told her: "Mama, can you cane me?"

In Jacelyn's state of shock, of course, she had to ask why.

Explaining that his friends' parents cane them, while he has never been "caned" or "beaten" before, Jacelyn said her son tearfully said: "I want to grow up to be good. If you cane me, I can become a good person."

Jacelyn went on to assure her son by telling him the reason to why she does not need to cane him.

"You are already a very understanding boy and you are not naughty. So I don't have to cane you. You will grow up to be an excellent man," she wrote.

Even so, Zavier insisted that he might become bad without the caning. 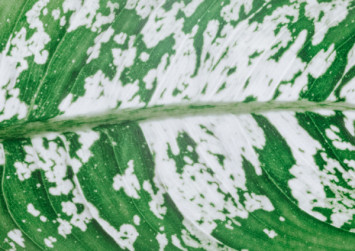 While there is a popular saying that goes "spare the rod and spoil the child", Jacelyn said that she does not believe in instilling fear to stop wrongdoing.

Rather, she said that she prefers to help her son understand why he "shouldn't behave wrongly" and "take responsibility [for his] own behaviour".

"Caning is painful on the skin, but it is your heart and thinking we need to work on," Jacelyn said to Zavier.

"If you don't do wrong only because you fear that I cane you, you will start doing wrong when the cane is not there," she explains.

The former Singapore actress said that this is how she educates her child, by "guiding and explanation".

Despite her explanation, Zavier piped up: "Really? That is enough?"

Read Also
Do you think it is acceptable for a child to be caned in public? 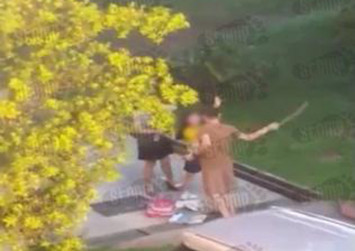 "Yes my son!" Jacelyn replied. "The fact that you know you should be disciplined is definitely enough. I don't have to raise my hand."

The mum said that her heart breaks for her 8-year-old child to ask for caning. "Where on earth did you come from?" she wrote.

CANING YOUR CHILD: NETIZENS CHIME IN

Many of Jacelyn's followers chimed in commenting on how mature Zavier is, at such a young age. Jesseca Liu, a current Mediacorp Artiste is one of them.

Other fellow parents also commented on the use of canes on children. While some expressed that they have never caned their children, there are others that "believe in corporal punishment".

Jacelyn ended off her post as she said: "You are so special. I love you my son."