The Morning Show star won't be attending the Emmy Awards on Sunday (Sept 19) despite the Friends reunion special receiving four nominations because she's still adjusting to being back around other people following months in quarantine due to the coronavirus pandemic.

Speaking on Jimmy Kimmel Live!, she said: "No, I will not be going. I think Ben Winston, our producer and director, [who's] incredible, who put the whole thing together [will go].

"This is a big step for me to just be here. I'm just [taking] baby steps."

Meanwhile, the 52-year-old actress admitted she loves it when her and Reese Witherspoon's characters on The Morning Show, Alex Levy and Bradley Jackson, argue because it's so far removed from what her co-star is like in real life.

She said: "It's always fun to fight with Reese because she is so not ...She is such a sweet burst of sunshine, that, you know, she is not someone you want to go scream your head off to. And I usually always end up bursting into laughter at some point.

"It's too hard to be that mad with each other."

Elsewhere on the show, Jennifer answered some of the "least Googled" questions about herself, with her admissions including she likes to vacuum and has met the comedian Carrot Top.

Read Also
Jeff Bridges' cancer in remission, tumour shrinks to the 'size of a marble' 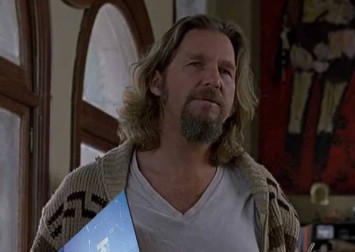 She also insisted she has "nothing" against the Swedes and discussed her chest hair preference on men.

She said: "Not a lot. Meaning not too much and not nothing."

Asked which body part she would choose to make detachable, she laughed and said: "My hair. That would make my life so easy."

But she was left baffled by the final question.

Jimmy said: "Finally, this might be my favourite. Is Jennifer Aniston still married to Lester Holt?"

His guest exclaimed: "That's not real. That's a real question?"

The Cake actress promised she'd look at Google later to examine the link between her and the NBC news anchor.