The Oscar-winning actress and the New York City-based art gallerist tied the knot in Rhode Island on Saturday (Oct 19), where they were joined by some of Jennifer's showbiz pals.

A source told Entertainment Tonight: "Among the A-listers in attendance were Adele, Cameron Diaz, Nicole Richie and husband Joel Madden, who all enjoyed a late-night bite Friday evening in a private dining room at Scarpetta at Gurney's Newport."

Other big-name stars rumoured to have attended the ceremony included the likes of Emma Stone, Kris Jenner, Sienna Miller, and director David O. Russell, who has helmed some of Jennifer's best-known movies, such as Silver Linings Playbook and American Hustle.

Many of the wedding guests were staying at Gurney's Newport Resort & Marina prior to the ceremony.

An insider previously shared: "Guests were so excited to be running into each other ahead of the big event.

"Everyone seemed so excited about the wedding. It's going to be such a fun party." 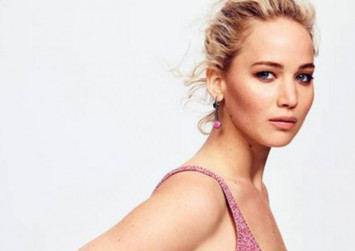 Jennifer, 29 - who previously dated actor Nicholas Hoult and director Darren Aronofsky - and Cooke got engaged in February, after less than 12 months of dating.

However, a source claimed that the loved-up duo struck-up an instant connection.

The insider explained: "When they were introduced last spring, the timing was perfect because they were both single and just enjoying an evening out with friends.

"Things couldn't have worked out any better because they have so much in common and truly hit it off. They both come from close-knit families, Cooke in Vermont and Jennifer in Kentucky, and then left and built successful careers. They both love to travel but also just enjoy just being alone together."

In fact, the insider likened their romance to a real-life "fairytale".

The source added: "They had an instant attraction the moment they met and we tease them it was love at first sight."