JJ Lin gives impromptu lesson on Singlish in his Sanctuary 2.0 Singapore concert, has a K-pop star in audience

The former student of Saint Andrew's Junior College didn't forget his roots, and had plenty of surprises specially reserved for his home country, including a national day song, a classic that has never been sung on the Sanctuary 2.0 tour, and an impromptu classroom session on Singlish.

Amid the crazy costume changes and the intricate display of lighting and visual effects, JJ serenaded his fellow citizens with a short and sweet rendition of Singapore’s 2015 National Day theme song, Our Singapore.

CHICKEN SOUP FOR THE SOUL

As the 38-year-old travels the world, he said music is his only escape and how he keeps a record of his life. His performance of Better Days reflected the struggles he went through.

JJ also shared some of his experiences and advice.

JJ Lin shares of his past experience as an artist, as well as some chicken soup for the soul #林俊杰 #jjlin #jjlininsingapore #jjlin2019 #jjlinsanctuary pic.twitter.com/KPZWf8ksGH

He reminded his supporters that life is not about where they are but whom they live it with, especially the people they cherish and love. 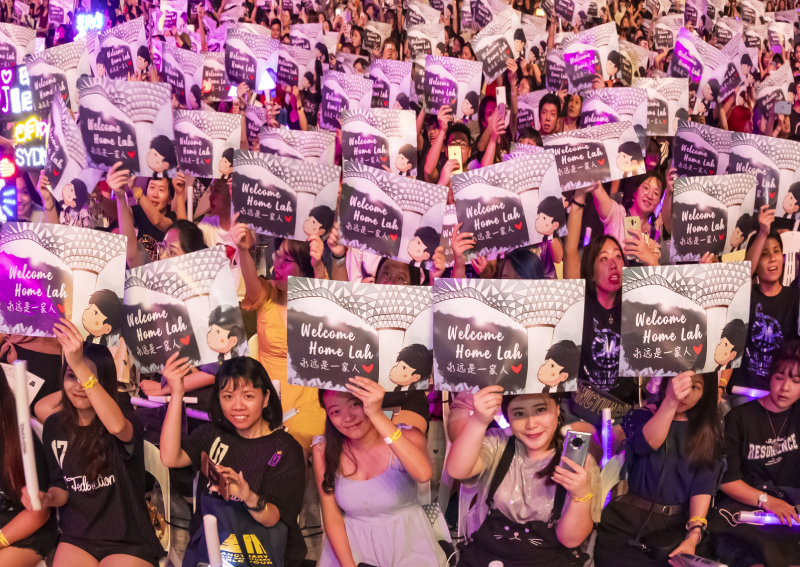 “Welcome home lah” – read a phrase plastered on fan banners. JJ was so ecstatic at the familiar Singaporean slang that he gave an impromptu lesson on Singlish to non-locals.

“Lah, Lor, Leh, Meh, it’s like how an animal makes noise”, he joked, bringing the house down as he attempted to explain what it means and how to use it.

Here is the abridged version, according to Lin Laoshi(Teacher Lin):

Lah — a helping particle.Lor — a way to represent yourself and your words.Leh — to give a coquettish feeling.Meh — a question mark with an attitude.

“Don’t you have any other songs to sing meh?” he asked.

Apart from fan favourites like Cao Cao, If Only, Back To Back, and She Said, fans in Singapore were also treated to not one, but two additions to JJ’s set list.

This included When You, a song performed by Taiwanese singer-actress Cyndi Wang, with the lyrics written by JJ himself; and also What I Miss, a tune originally performed by fellow homegrown artist and friend, Stefanie Sun — a song never before heard on the Sanctuary 2.0 tour.

JJ also introduced a special app for his Sanctuary 2.0 tour, where he created a note in a bottle containing a picture and a message written in English for the first time, just for Singaporeans. 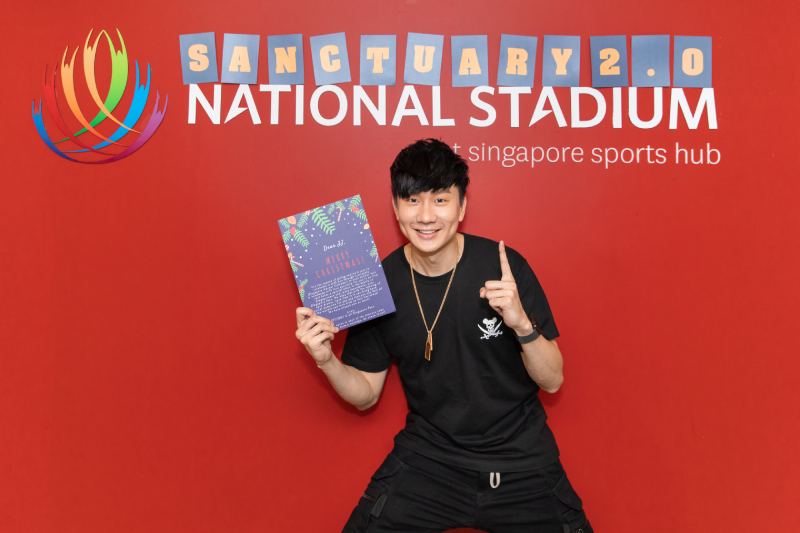 The message reads, “We did it Singapore. Thank you for all your love and support. You guys are family, now and forever.”

An unexpected guest turned up at JJ’s concert, all the way from South Korea.

As JJ poured out thanks to the people involved in his concert, his family, and friends, a name popped up: Tiffany.

He playfully asked whether it could be Tiffany from Girls’ Generation, receiving laughter from the crowd. But when the camera panned to her, the crowd went wild. 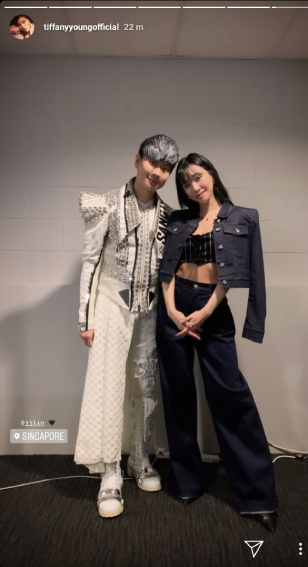 Tiffany responded by blowing kisses and performing a finger heart to the audience and JJ. 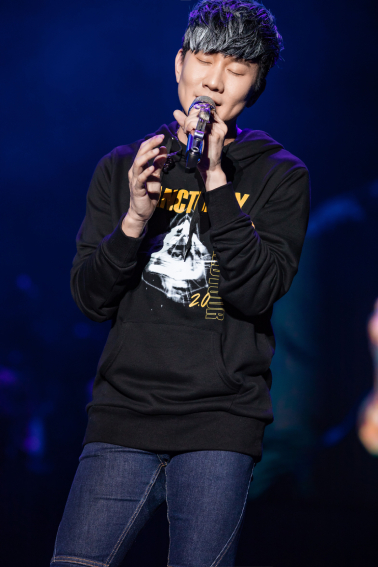 For his last song Twilight, the stadium transformed into a starry night sky as JJ asked his fans to whip out their phones and turn their torchlights on.

Amidst a field of fireflies, there couldn't be a better way to end the concert! We've come to the end of our live tweets, but stay tune for our concert review! Thank you to @UNUSUAL_ENT for the opportunity tonight! #林俊杰 #jjlin #jjlininsingapore #jjlin2019 #jjlinsanctuary pic.twitter.com/rG5LxnC2cW

The night ended on a high note as fans sang along with JJ, who concluded his concert with a rendition of 'love yous' to Singaporeans.

JJ will be back tonight (Dec 22) for the last night of his grand homecoming concert at the National Stadium.