SHANGHAI - Home-grown singer JJ Lin has sued a Chinese Internet celebrity who repeatedly spoofed him by transplanting his face onto offending videos and the company behind the video platform.

According to Chinese corporate information app Tianyancha, Lin is suing Xiao Yang, a user on video platform Bilibili who is behind the account Guagua Mars, for "infringement of image rights".

Xiao has been spoofing Lin for a long time. He "face swapped" the singer's face in six instances in parodying videos mainly meant to ridicule him.

Xiao has even superimposed Lin's face on to women's bodies on the singer's birthday, which falls on March 27.

Lin, 40, is also asking Shanghai Kuanyu Digital Technology, the company behind Bilibili, to release data related to Xiao's account, including the number of times the videos have been played, the number of likes and shares as well as proceeds from his videos. 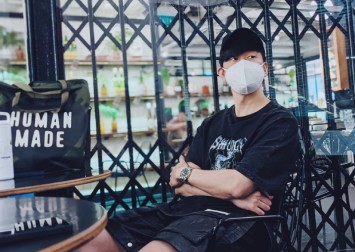 Xiao has reacted to the lawsuit by writing on social media: "Speechless".

He also reacted to online rumours that he has raked in 250,000 yuan from making these videos by claiming that he made only a few thousand yuan.

Xiao has removed the videos from his platform and disabled the comment function for some of them.

In early August, Lin issued a swift rebuttal to nasty talk about him in the wake of the scandal over Chinese-Canadian singer Kris Wu, who was arrested over rape allegations.

A legal firm hired by Lin's agency urged several Internet users to delete the allegations and stop spreading false statements about him.

Earlier this month, he refuted rumours that he is the man suspected to have started a Covid-19 cluster after travelling from Singapore to China's Fujian province by posting on his social media accounts photos he took in Singapore with his friends.