Attorney Camille Vasquez and actor Johnny Depp listen during actor's defamation case against ex-wife, actor Amber Heard, in the courtroom at the Fairfax County Circuit Courthouse in Fairfax, US, May 23, 2022.

Law firm Brown Rudnick has promoted its associate Camille Vasquez to partner, less than a week after she helped actor Johnny Depp secure a US$15 million (S$20.6 million) jury verdict in his closely watched defamation trial against his ex-wife Amber Heard.

Vasquez became the public face of Depp’s legal team over the course of the televised six-week trial and drew praise for her performance. The team was led by Brown Rudnick partner Benjamin Chew and included nine other attorneys. But Vasquez emerged as a major player, cross-examining Heard and telling jurors during closing arguments that Heard been the abuser in the relationship.

“But Camille’s performance during the Johnny Depp trial proved to the world that she was ready to take this next step now," he said.

Vasquez was not immediately available for comment but said in a statement that she is “delighted” to have the firm's “full vote of confidence.”

Law firm recruiters and consultants said elevating Vasquez to partner at 250-lawyer Brown Rudnick — a title that generally includes an ownership stake, more money and greater influence — was logical for the firm, given her newly raised profile.

“I expect that she would be a hot prospect coming off of her team's win in the Depp case, and the level of publicity she personally received,” said Kate Reder Sheikh, a partner at legal recruiting firm Major, Lindsey & Africa.

Read Also
'We did the right thing together, all because you cared': Johnny Depp's first TikTok video gets 6.2m views in 6 hours 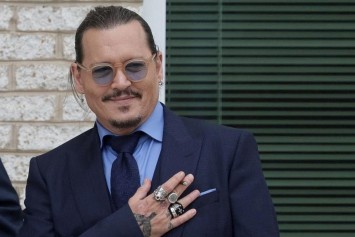 Vasquez was likely already on the partnership track and performing at a high level to be assigned to the Depp case, said Beth Cavagnolo of law firm consultancy Vertex Advisors.

"In a situation like this, there is absolutely a war for talent, and I'm sure it was very much a retention measure for Ms. Vasquez," Cavagnolo said of the promotion.

Depp, 58, sued Heard for US$50 million and argued that she defamed him when she called herself "a public figure representing domestic abuse" in a newspaper opinion piece. Heard countersued for US$100 million, saying Depp smeared her when his lawyer called her accusations a "hoax."

A lawyer for Heard said last week that she planned to appeal the jury's defamation finding.