Jon Favreau "reached out" to Beyonce for 'The Lion King'.

The filmmaker was thrilled when the iconic singer agreed to voice the part of Nala in the new live action remake.

Speaking at the European premiere of The Lion King, held in London's Leicester Square, he said: "I reached out to her. I thought she'd be wonderful for Nala and when you see what she's able to do with the role and the songs, it's quite wonderful."

And Favreau is full of praise for the cast and how they "improvised" to make the movie seem more like a "standard theatrical dramatic performance".

He added: "I wanted to create something that felt live action, even though every environment is digitally generated, every performance is hand animated. 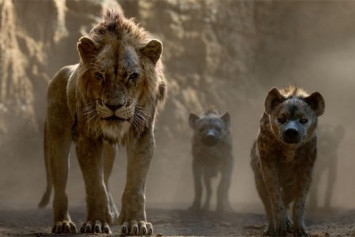 We wanted it to feel like a live action film almost like a documentary and part of what contributed to that was to allow the actors to overlap and improvise. We put them together in almost what looks like a theatrical rehearsal in a black box theatre.

"We gave everyone a microphone and so it was as if they were performing for a standard theatrical dramatic performance.

It's the first time I'm using this technique, it felt right because we have Billy Eichner, Seth Rogen and Donald Glover, who are good improvisers. We wanted to give it a natural feel than have it feel like an animated performance."

Favreau admits it was a "challenge" making the movie as he wanted to make sure he did the animated Disney classic "justice".

He shared: "I think the challenge is to do justice to a story that everybody is so familiar with and make sure you stay true to the original story but using new tools where you can."