Julianna Margulies hints at her own 'gay experiences'

The 55-year-old actress - who married lawyer Keith Lieberthal in 2007 and previously dated Ron Eldard from 1991 to 2003 - was asked if she had any reservations portraying lesbian news reporter Laura Peterson on The Morning Show but suggested there were "assumptions" behind the question.

She said: "Who's to say I haven't had my own gay experiences? We're making assumptions."

Julianna - who has 13-year-old son Kieran with her spouse - admitted she knew her casting could have sparked a backlash but she didn't feel there should be.

Speaking on the Just for Variety podcast, she said: "I know there was some trepidation of 'will lesbian actresses be angry?' and I can tell you I would never, ever be angry if a lesbian played a straight woman."

The actress jumped at the chance to be a part of the programme because she knew the writers "get women". 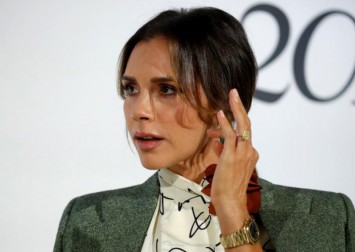 She said: "You've got Jennifer Aniston and Reese Witherspoon playing these two very strong characters, and in the second season instead of bringing a man in to upset that balance they brought in a woman. Hats off to that, because the truth is women are more afraid of women.

"They dress for women. We don't dress for men. We dress for each other. We want to impress each other much more. … It made so much sense, and I thought, 'Ah, a show that gets women. This is great.'"

And Julianna was delighted with the backstory showrunner Kerry Ehrin provided for Laura, including detailing how her career was derailed 20 years prior when she was outed.

She said: "It's rare to get such a rich 20-year history of who this character was before you get to play her. That's usually the homework I do on my own."