Justin Bieber causes Icelandic beauty spot to be closed off

Justin Bieber has caused an Icelandic beauty spot to be closed off.

Fans have flocked to the Fjaðrárgljúfur canyon in south east Iceland ever since Justin filmed his 'I'll Show You' music video there in 2015 and Icelandic officials have now decided to close off the tourist attraction because of safety concerns.

Environment minister Guðmundur Ingi Guðbrandsson said: "It's a bit too simplistic to blame the entire situation on Justin Bieber... Rash behaviour by one famous person can dramatically impact an entire area if the mass follows."

Fans have been climbing over ropes and ignoring signs to get a picture opportunity where Justin filmed the video and officials fear a terrible accident could happen.

Guðbrandsson added to The Guardian newspaper: "In Justin Bieber's defence, the canyon did not - at the time he visited - have rope fences and designated paths to show what was allowed and what was not." 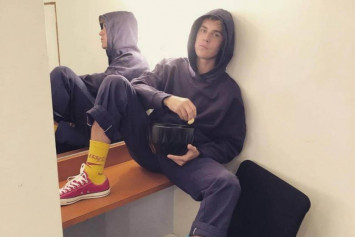 Justin has been going through a rough patch as of late but he had previously promised his fans that once he's finished getting his personal life in order, he will be ready to create new music.

He wrote on social media: "So I read a lot of messages saying you want an album...

"I've toured my whole teenage life, and early 20s, I knew and as you guys probably saw I was unhappy last tour and I don't deserve that and you don't deserve that, you pay money to come and have a lively energetic fun light concert and I was unable emotionally to give you that near the end of the tour.

"I have been looking, seeking, trial and error as most of us do, I am now very focused on repairing some of the deep rooted issues that I have as most of us have, so that I don't fall apart, so that I can sustain my marriage and be the father I want to be.

"Music is very important to me but Nothing comes before my family and my health."