JYJ's Kim Jaejoong alleges sexual violations from fans: 'They broke into my bedroom...'

Korean pop trio JYJ's member Kim Jaejoong made a startling revelation on Japanese TV show Gyoretsuno Dekiru Horitsu Sodanjo on Sunday (Jan 6): he was sexually violated by fans who broke into his bedroom.

Jaejoong confessed, "there were many fans who broke into my bedroom in the middle of the night; they climbed on top of me and pinned me down while I was sleeping."

While everyone in the studio gasped in horror, he added, "This (sort of incident) happened more than 10 times!"

This came after Japanese actor Masaki Sugano shared about his experience of being forcefully hugged by three middle-aged female fans.

Read Also
'Butt-naked' costumes and too much skin: When K-pop got too sexy 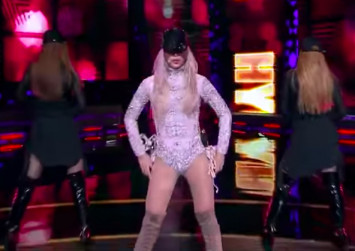 "They kept caressing my skin and commented on how smooth it was."

"If an old man hugs a young woman, it surely is sexual harassment; but it is ok if the roles are reversed?", he asked with doubt in his voice.

A lawyer, who appeared as a guest on the TV show, explained that in theory, it is not a crime, as long as the person being hugged gave his consent.

On the other hand, if the 'victim' is uncomfortable with it and the perpetrator continues doing it despite understanding that he or she is uncomfortable, then it is considered assault.

"It is problematic that fans carry out such excessive acts towards celebrities," he added.