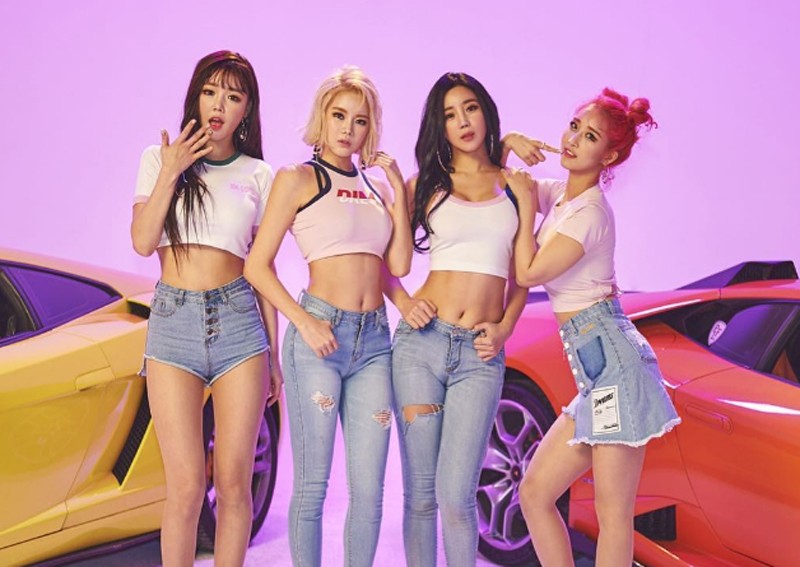 K-pop girl group LAYSHA are reportedly victims of the hidden camera. Leader Go Eun posted on Instagram yesterday (Aug 29), claiming photos and videos of her taken without permission in private areas were leaked without her knowledge.

In the now-deleted post, she wrote: "I didn't want to be stressed or turn it into a big deal, so I've been ignoring malicious comments, rumors and hackings. I didn't do anything, but now there are hidden cameras. I can't hold back anymore."

"Whether it's the changing room in the company or my house, I didn't know when hidden cameras were installed. I have to catch this person. I'm tired of suffering and crying alone. It's too much for me, mentally."

"From now on, whatever it is, I'll be taking strict actions. I will sue and punish those who use me as gossip fodder without hesitation."

Following her revelation, many were shocked and suspected her company of doing the deed.

However, others claimed that it was "fake news" and that she was only doing it as part of marketing efforts to promote an adult show that she had filmed centred around the concept of hidden cameras, I Do It Alone.

On the other hand, some people argued that she might not have known that she was being filmed for the show and blamed her company.

The 27-year-old then updated her Instagram status to deny that it was done by her company. She wrote, "There are a lot of people who said it was done by my manager, but this definitely has nothing to do with my manager or company."

She also denied that it was part of publicity efforts for the show, writing, "There are also people who said it's part of the web programme I Do It Alone, but which crazy person would allow someone to shoot us getting dressed in the company dressing room or take a bottom-up shot in the car? Not the people around me."

Fellow member Som also posted a lengthy comment on the issue, using a screengrab of someone who described the leaked footage as "something to cherish forever".

She wrote: "Something to cherish forever… What are you going to do forever with the hidden camera footage of someone else?"

"You don't even need an ID or password, everyone can just watch it? Isn't this crazy? The hidden cameras in our house, company, car… and then [everything is] leaked."

"I've only heard these things happening to people on TV or on the Internet, but the fact that it happened to us, right under our noses. When we were first notified, we cried."

"The LAYSHA members have been very thankful for all the interest people had in us, and we say that getting bad comments are better than having no comments, [which is why] we have been letting malicious rumours and personal attacks slide."

"So is this the result of us enduring it all? Up till now, the four of us have been working hard as members of LAYSHA. Our leader is also a person who works other than anyone else. Even though our job is one that entails people talking about us, no one has the right to infringe on your privacy and use it to damage our reputation and hurt us easily. We will be taking legal action."

"I have been receiving a lot of messages on KakaoTalk since I woke up, so if you see the video or any related post online, please report it and let me know. Please do the same for people who have information about the video. And to the person who leaked it, I hope you will stop spreading it and wait for punishment."

LAYSHA debuted in May 2015 and are known for their risque concept. Despite their sexy image, it doesn't make it OK for them to not be considered victims of a sex crime.

In Singapore, under the Personal Data Protection Act, one is not allowed to take photos or videos of other people without permission and publish it. Beyond this act, taking upskirt photos of women or installing spy cameras in private places, including the public toilet, is considered a criminal offence.

On average, there has been more than 500 insult of modesty cases reported to the police each year since 2015.

A few days ago, the last member of a voyeuristic video group was charged after he admitted to installing a hidden camera disguised as a wall hook in the toilet of Holland Village's Starbucks outlet between 2014 and 2015, and a similar one in his own bathroom to secretly film his female friend.