K-pop megastars BTS and IU to perform in Singapore 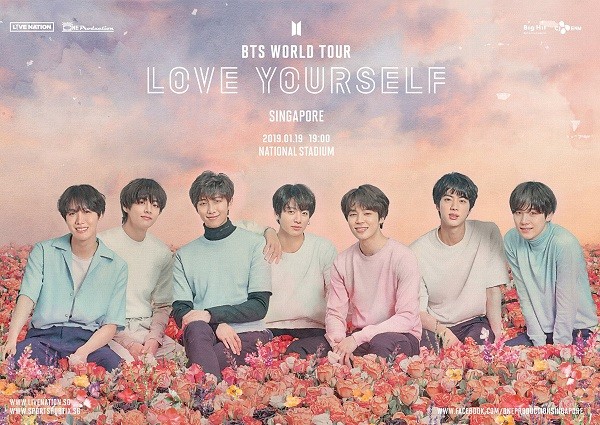 Fans of South Korean pop sensations IU and BTS, listen up. The K-pop royalties will be bringing their world tour to our sunny shores.

Multi-hyphenate singer, songwriter and actress IU, or Lee Ji-eun, will perform for the very first time in Singapore on Dec 15 this year, while the boys of BTS will be performing at the National Stadium on Jan 19, 2019.

Members of the BTS Army (as their fans are known) will be happy to know that the group will finally be making their return to Singapore, four years after their first concert at The Star Theatre here in 2014.

This time, they are set to be the first ever K-pop act to perform in the National Stadium, which can hold 55,000 people. Singapore is just one stop in the Asian leg of their Love Yourself tour, which will also see them perform in Taiwan, Hong Kong and Bangkok.

Ticketing details have yet to be released.

News of their Singapore stopover has made the local BTS Army particularly excited.

The seven-member group made their debut in 2013 with "No More Dream" and slowly rose to worldwide stardom with their clean dance moves and energetic songs. Recently, they performed to a 40,000 strong audience at New York's Citi Field stadium, adding another achievement under their belt as the first Asian act to perform at the venue.

K-pop darling IU, on the other hand, will also perform for the first time at The Star Theatre during her 10th anniversary tour.

Tickets priced at $148, $188, $228 and $268 will be available from Oct 13 at 10AM at apactix.com. Singapore is just one of the four international stops of her tour, with the others being Bangkok, Hong Kong and Taipei.

IU debuted at the tender age of 15 and rose to fame with her infectious tunes and powerful vocal range. Her latest album "Palette" also earned her numerous accolades, including a No.1 spot on Billboard's World Albums chart.

Besides singing, she has also made a name for herself as an actress, acting in popular dramas such as Dream High (2011), Moon Lovers: Scarlet Heart Ryeo (2016). She also played the lead in popular drama My Mister (2018) which drew the highest ratings in South Korean cable television history.