The outrage and betrayal is two-fold.

First, the revelation that the two K-pop stars had committed heinous sex crimes against women.

And now, the announcement that their jail terms have been reduced after an appeal.

Both men were convicted in November last year of gang-raping two different victims on two occasions in 2016, with Joon-young also found guilty of secretly filming himself having sex with other women and sharing the footage in a chat group without their consent.

The Burning Sun scandal not only shocked South Korean society when it broke, it rattled the entertainment industry because those involved were famous celebrities. Jong-hoon, 30, was then a member of popular boy band FT Island, while Joon-young, 31, was a singer-actor.

According to reports citing the verdict, Joon-young's reduced jail time was because he submitted documents showing his sincere regret.

On the other hand, Jong-hoon had reached an agreement with one of the victims, which was "partly reflected" in the court's decision.

These did not go down well with netizens, who unleashed their fury in the comments section on K-pop fansites Soompi and Allkpop.

Another wrote: "'Disgusting' is all I have to say about it. In cases like this, they should not be allowed to settle with the victims to reduce their sentence."

"They shouldn't have had the chance to appeal... what's wrong with Korea? There was solid evidence, why even accept an appeal on this matter?" a netizen also commented.

Someone however wrote that the two men offered money to the victims as a sign of their regret, and it was up to the victims to decide whether to accept it. Some netizens added that other countries, not just South Korea, have meted out equally short or shorter jail terms to sex offenders. 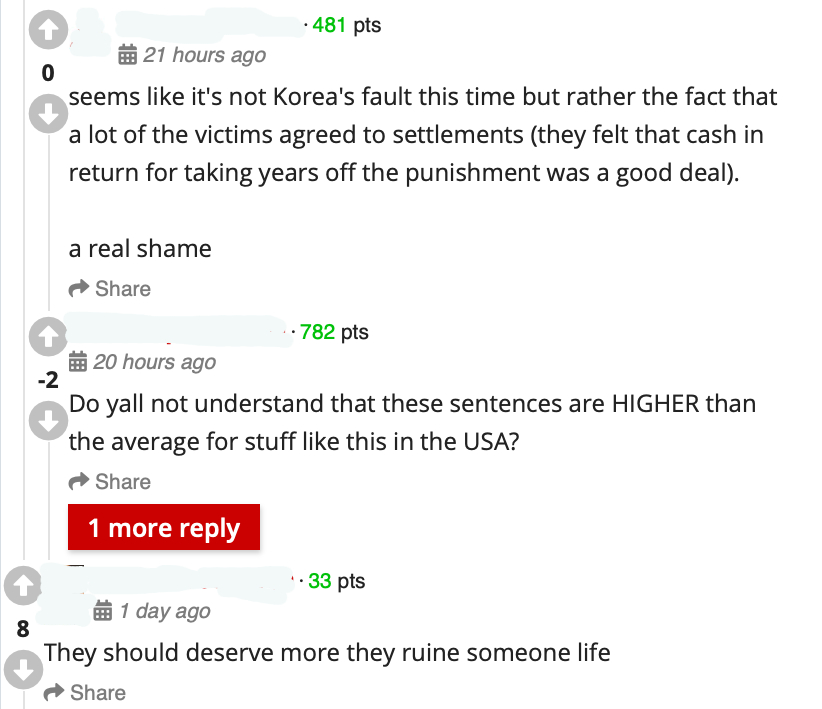