K-pop star Kang Daniel has been suffering from mental health issues and will be taking a break from his music career to focus on his recovery.

A statement released by his agency Konnect Entertainment today (Dec 4) said that the 23-year-old was "diagnosed with depression and panic disorder" earlier this year and despite seeking treatment and medication, "recently expressed more severe symptoms of anxiety".

His scheduled performance on MBC Music's Show Champion this morning and other upcoming activities have since been cancelled.

Daniel, who rose to fame through the second season of Produce 101, an idol survival reality show which aired on Mnet in 2017, had just released a new track Touchin on Nov 25.

He had just topped the charts on SBS MTV's The Show on Dec 3, and even celebrated his first win on the programme with the song.

However, many questioned the legitimacy of his win as he had taken the top spot over other nominees with just a digital single.

The Show's weekly winner is decided based on a combination of digital streaming numbers, music video views, album sales, votes from fans and experts' opinions.

Daniel might have also hinted at his worsening mental health to his fans.

The solo artist, who was previously a member of boy group Wanna One until their disbandment in January this year, had posted a series of messages on his fan forum, also known as fancafe, since yesterday. He mentioned how tired he was and the difficulties he was facing, including hate comments from anti-fans.

The K-pop industry has been notorious for the amount of hardships idols have to go through, be it the long and arduous training sessions or the relentless harassment and pressure they are subjected to. And it seems like Daniel was not spared.

Understandably, the alarming news has many fans worried about Daniel, especially after the recent tragedies in the K-pop industry such as the deaths of Sulli and Goo Hara. 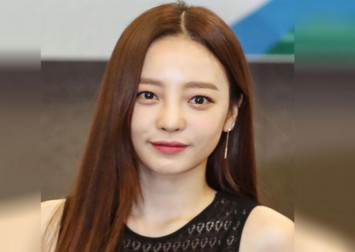 All three of them have reportedly faced online bullying and harassment.

In the wake of Daniel's sudden hiatus, fans came together to support him, with hashtags like #WeAreWithDaniel trending on Twitter.

"We've asked enough from him. Now it's time for him to do whatever he wants to do. I won't ask him for a single thing except for his health and happiness," a fan tweeted.

Another fan wrote: "Even in the most difficult moments, we will be with you, just take care, please take care of yourself. You're not alone."

#K-pop #singer #mental health #depression #In Case You Missed It