Super Junior (top) and iKon will perform at the closing ceremony of the 2018 Asian Games in Jakarta, on Sept 2, 2018.

K-pop stars Super Junior and hip-hop act iKon will perform at the closing ceremony of this year's Asian Games in Jakarta on Sunday (Sep 2).

The series of photographs revealed the line-up of artistes who will be performing at the ceremony.

Aside from the two K-pop acts, a host of other performers, mostly Indonesian, will also perform. 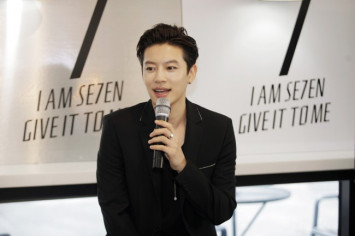 Popular singer Isyana Sarasvati, who is a Nanyang Academy of Fine Arts alumna, Indonesian rapper Jflow and singer BCL as well as Indian singer Siddharth Slathia are slated to take the stage.

The ceremony will be at the Gelora Bung Karno Stadium in Jakarta, the same stadium used for the opening ceremony.

The Jakarta Post reported that around 52,000 tickets will be put up for sale online on Tuesday (Aug 28). Tickets range from approximately S$42 to S$325 for VIP tickets.