Kanye West, now known as Ye, returns to Instagram with an announcement.

The rapper, 44, made the declaration in his return to Instagram this week following his ban from the platform for posting a racist rant.

Kanye, who has rebranded himself as Ye, posted a photograph of a new McDonald's design with the message: "Ye teams up with legendary Muji industrial designer Naoto Fukasawa to reimagine McDonald's packaging. Next week it's the fries."

The packaging has been hailed as clean and minimalist, echoing his Yeezy clothing line range.

Ye has previously shared his admiration for McDonald's in the poem McDonald's Man — which featured the lines: "I always knew them French fries was evil man / Smelling all good and s*** / I don't trust no food that smells that good man."

The rapper and his then-wife Kim Kardashian, 41, were also featured in a McDonald's Instagram post detailing their favourite meals back in 2020.

Ye — who shares sons Saint, 6, and Psalm, 3, as well as daughters North, 8, and Chicago, 4, with Kardashian — said he loved to order a milkshake, side of fries, Chicken McNuggets and Tangy BBQ. 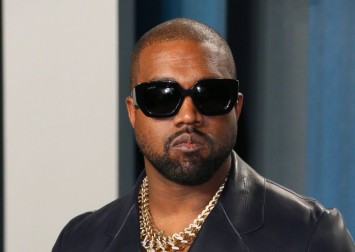 Ye was suspended temporarily from Instagram after he used it to attack Kardashian and her boyfriend of six months Pete Davidson, 28, as well as TV host Trevor Noah.

A spokesperson for Meta, which owns the forum, said his posts violated their policies on hate speech, harassment and bullying.

Ye posted he was "really concerned" Pete would get Kim "hooked on drugs" and demanded the comedian "apologise to your family for being in your family".

He also took aim at talk show host Trevor Noah, 38, who weighed in on the pair's feud on an episode of The Daily Show.

Noah warned the online fighting could get violent and was "terrifying to watch".

Ye hit back in March before he was banned from Instagram for 24 hours by posting images of Noah, and a post that included the racist term "k***".