Kim Kardashian West was "officially sobbing" as Keeping Up With The Kardashians wrapped.

The reality star was left in tears as her and her family - Khloe Kardashian, Kourtney Kardashian, Kendall Jenner, Kylie Jenner, and Kris Jenner - filmed the last ever scenes of their reality show.

Taking a selfie holding a glass of champagne, she shared with her millions of Instagram followers: "Officially sobbing. Grateful for every single second."

The 40-year-old star also shared a quick behind-the-scenes video with E! News, where she admitted it was "crazy" that the show was coming to an end.

In the clip, she said: "We just finished filming forever, like ever, ever. We're done, we're never filming again - isn't that so crazy?! So we're having a drink with the crew in my backyard, hanging out. Cheers to - I don't know. 15 years; 20 seasons of craziness and lots of love."

Kris previously claimed social media was to blame for the end of Keeping Up With the Kardashians after 14 years because people aren't so focused on TV.

Of the family's decision to end the show, she explained: "When we first started, there was no Instagram or Snapchat or other social media platforms. 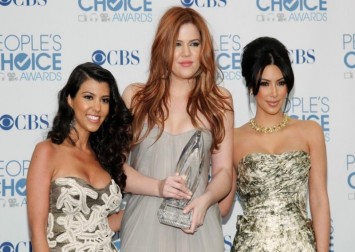 ''The world has changed. Now there are so many, the viewer doesn't have to wait three or four months to see an episode. We can give them all of the information anyone would ever want to know in real time."

And Khloe Kardashian feels "devastated" to be saying goodbye to the programme.

She said: "It's devastating for all of us. The day it happened, Malika and I were talking throughout the day, because you don't have to be a main character - you're still a part of this journey from day one, even if you were in the first episode or not.

"You have been you Simon, you Malika, you guys have been our family. You're on this journey with us and just for any chapter to end, that doesn't mean everything is ending for good. That just means there's room for another chapter to open.

''It's sad, but we've been doing this for 15 years. We get two weeks off a year. It's exhausting. We're all in a different place in our lives and some of us need a nap."