Kate Beckinsale has reportedly been rushed to hospital in Las Vegas.

The 48-year-old actress had been staying at The Signature at MGM Grand while in Vegas to film her new movie, Prisoner's Daughter, and was reportedly taken to hospital on Friday (Sept 10) after suffering an injury at the hotel.

According to TMZ, Kate threw her back out at around 10:30am on Friday and was in so much pain she had to be rushed to the hospital.

The publication claims Kate is currently still in the emergency room, and her condition is unclear as of the time of writing.

Meanwhile, the Underworld star previously said she was once planning to retrain as a doctor instead of pursuing an acting career.

Read Also
No way around it? Andrew Garfield admits no one will believe him about Spider-Man: No Way Home 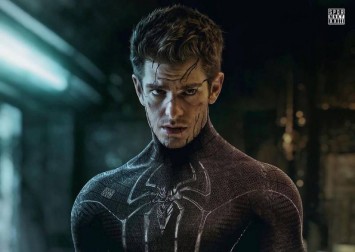 She said: "I went to the Orange Tree Theatre, a youth theatre. So I did that from about 15.

"I had a crisis at 31, thinking, 'I wish I'd been a doctor.' I retain medical things. I feel like I'd be quite good. Listen, what I am is an actress who people phone up and say, 'I think I might have a haemorrhoid.' I can't tell you the amount of times people come to me.

"I'm obviously not going to perform a digital rectal exam, but I will go through symptoms. So far, touch wood, it has only ever really been chafing. Should you get any chafing, call me."

And Kate also said she isn't concerned about the ageing process, especially after her father, Richard Beckinsale, died of a heart attack at the age of just 31.

She explained: "I've been so aware of the possibility people can drop dead at any time… People started trying to worry me about turning 40 when I was turning 33. If you overload it like that, you're going to make the person not give a s***."