The 40-year-old star once dined with the Queen of Pop at her house with other star-studded guests, but the macrobiotic food that Madonna served didn't agree with her.

Speaking with JK on their Heart radio show, Kelly revealed: "So about 20 years ago, I got invited to a macrobiotic dinner party at Madonna's house.

"Macrobiotics is basically like you eat what's in season, you eat what's grown around you so it's all like vegetarian, vegan, it's very healthy. Lots of pulses, lots of beans, chickpeas, all of that stuff."

Kelly was keen to try the diet that was popular with the Material Girl hitmaker and her famous friend Gwyneth Paltrow, but although she was open to experiencing new dishes her gut was not.

She explained: "I'd known about this diet that Gwyneth and Madonna had been doing for a while so obviously I'm kind of in awe of them, I was only 20 years old so I want to be like them.

"So I'd been doing the diet, probably like a week before - but I'm like a real big meat eater, so my insides were just not liking this new diet - you can imagine."

Once they finished their meal, Madonna led her guests into the living room to watch the first-ever episode of The Sopranos and that was when her tummy began to rumble.

She continued: "One of the actresses from The Sopranos was there, Herb Ritts the photographer, Gwyneth Paltrow, Madonna, like, everyone was there. 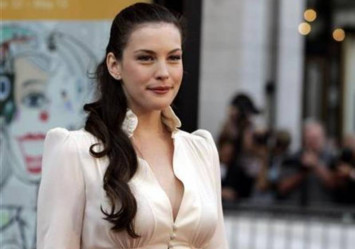 "And I remember kneeling down talking to Madonna about something and I just remember my stomach gurgling and I've let out the smelliest blow-off - honestly, it was so bad, it filled the room. And she just kind of, she just turned her head away because obviously it went straight up her nose."

Kelly was dating actor Jason Statham at the time and he worked out that she was responsible for the pungent parp.

She admits that after her fart faux pas, she was never invited back to Madonna's home.

Kelly said: "It was like something had crawled up there and died. I had never ever done anything like that in my life.

"And I just remember Jason just looked at me and was like, 'Was that you?' and I was like, 'Yes, I don't think this macrobiotic food is agreeing with me.' That was it, I was never invited back. She knew it was me. I was mortified."