Anthony, 49, claimed in October 2017 that Kevin had made unwanted sexual advances towards him after inviting him to a party when he was just 14. But in new court documents, Kevin insisted that his accuser wasn't even present at the party at which the alleged incident occurred.

In an Answer to Verified Complaint filed on Friday (Nov 20), Spacey's lawyer wrote: "Defendant admits he was in the audience for a production of Precious Sons in approximately the late 1980s in which Plaintiff Rapp was a cast member.

Kevin also denied similar claims made by a second plaintiff, who is known only as C.D., who alleged he was raped at the age of 14 when he visited Spacey's home after they met at an acting class.

The 61-year-old actor wants C.D.'s anonymity to be removed.

According to America's OK! magazine, his lawyer wrote: "[Spacey] objects to Plaintiff C.D.'s use of a pseudonym and failure to disclose his identity, even to [Spacey]. Despite this improper withholding of his identity, and [Spacey's] resulting inability to fully investigate and address the allegations, [Spacey] nonetheless makes a good faith attempt to answer the allegations in the Complaint. 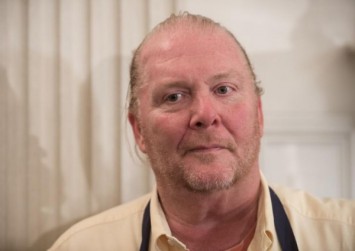 "By providing this Answer, [Spacey] in no way suggests he has not been, and does not continue to be, prejudiced by Plaintiff C.D.'s anonymity. [Spacey] reserves the right to amend this Answer as deemed necessary or appropriate, including once Plaintiff C.D.'s identity is disclosed."

The disgraced actor has asked for a jury trial in the case, and believes the court should rule in his favour to deny the plaintiffs' request for any financial damages, getting his accusers to pay his legal fees and award him "such other and further relief as the Court may deem just and proper."

Last year, a criminal case against the actor - in which he was accused of groping an 18-year-old, whom he had believed to be over 21, in a bar - collapsed when it was discovered the plaintiff had manipulated evidence.