Kim Kardashian and Kanye West attend the Vanity Fair Oscar party in Beverly Hills during the 92nd Academy Awards, in Los Angeles, California, US, on Feb 9, 2020.

Kim Kardashian was grateful to Kanye West for getting "all of her sex tape back" because she wants to "shield" her children from it.

It was previously revealed Kim had broken down in tears when her ex-husband obtained the computer and hard drive apparently containing all of the footage of her X-rated tape with Ray J - after speculation emerged about a new unreleased tape - and in new scenes from her family's reality show, she thanks Kanye after he presents her with the tech.

Speaking on The Kardashians, Kim - who has four kids, North, eight, Saint, six, Chicago, four, and two-year-old Psalm, with the rapper - said: "So Kanye flew home last night and he came back this morning and I wanna show you guys what he got me… He got me all of the sex tape back.

"He got me the computer it was on, the hard drive and met up with Ray J at the airport and got it all back for me.

"I know Kanye did this for me but he also did this for my kids. I want to shield them from as much as I can, and if I had the power to, or if Kanye has the power to, that is just the most important thing to me and I'm just so emotional because of it and it just means a lot to me."

She said: "I watched it. It was just footage of us at a restaurant, at a nightclub, nothing sexual, nothing weird.

This comes after other The Kardashians scenes revealed Kim called Kanye in tears after their son Saint saw a joke about "unreleased footage" from her sex tape while he was playing online game Roblox, which lets users play and chat with each other.

She said: "The last thing I want as a mum is my past to be brought up 20 years later. This is really embarrassing and I need to deal with it. 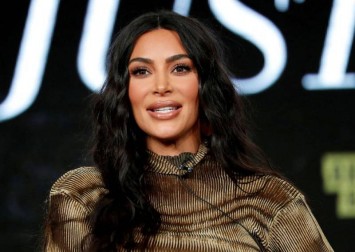 "Had my son been a little bit older and been able to read, I would have been mortified. I died inside."

In a later scene, Kim phoned Kanye and broke down in tears as she explained the situation.

She told him: "I almost died when Saint thought it was funny. Thank God he can't read yet.

"Over my dead body is this going to happen to me again. I just want it gone. This is not going to f*** with me."

Ray J - who has children Melody, three, and Epik, two, with estranged wife Princess Love - also recently called for an end to the subject of his and Kim's sex tape, for the sake of his kids.

He tweeted: "This needs to stop. I also have kids."