'Kneel and apologise': Mark Lee almost made to quit acting

Mark Lee's joke taken in bad faith almost made him have to quit his acting career.

In an interview with Quan Yi Fong on the first episode of the third season of meWATCH's Hear U Out, Mark Lee explained that a small joke, followed by a misunderstanding, nearly made him quit showbiz sometime between 1999 and 2001.

The 53-year-old said: "It was during the Star Awards period — whenever Christopher Lee won, I wouldn't, and when I won, he didn't. There was a year that I lost because someone commented in the papers before the event that I was too ugly to be on TV.

"As a joke, I said that it wasn't because I'm ugly, but because his television set was faulty and that he should get a new one."

But newspapers misconstrued what he said, instead writing in the headlines: "Mark Lee insults viewer, telling them to get a new TV set".

Some readers got very unhappy, to the point where Jack Neo — Mark's mentor — said that he would get Mark to apologise on his knees during their comedy show Comedy Nite to appease public anger. 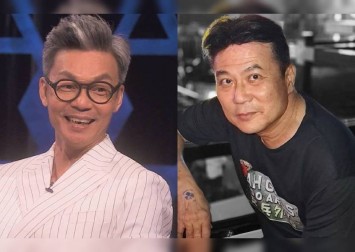 Mark was oblivious that Jack, now 62, planned this for him and was only informed when someone called him to ask about it.

"He asked, 'Hey Mark, are you going to kneel and apologise tonight? Your mentor said you would.'"

Vehemently denying it, Mark said to Yi Fong: "I only kneel to the elders in my family, not to the viewers!"

Mark also recalled that his uncle contacted him soon after he learned about Jack's plans.

"He called me and immediately told me to quit," Mark said. "He said I'd be better off being a gangster than an actor. My uncle was furious."

And while this incident wasn't entirely Mark's fault, the showbiz veteran has had his fair share of jabs that went too far.

'How could you say that!'

In the interview, Yi Fong asked: "Did you ever regret hurting someone with your words?"

Mark responded by giving an anecdote of a time during the 2001 variety show Top Fun where he felt he crossed the line. 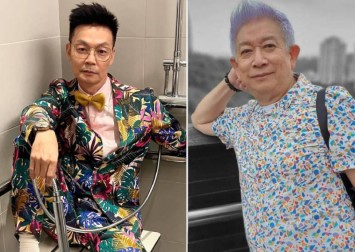 A contestant in Top Fun brought many friends and family members to cheer her on during the show, with one group even bringing a large banner that read: "We'll support you forever!"

Mark saw the banner and said: "This looks like a funeral banner!"

The contestant appeared uncomfortable with that statement but kept smiling, while Mark's co-host Jack instantly stuttered out: "How could you say that!"

Expressing his regrets, Mark admitted in the interview that he knew it was mean of him to say that and that he apologised to the contestant.

"After that, I was very careful. Before commenting on someone, I had to think carefully," Mark said. "But in the end, I realised that I seldom give things much thought. I simply speak my mind."