The 24-year-old make-up mogul and Kendall, 26, both attended the festival in Houston, Texas, on Friday (Nov 5) — when at least eight people died after a crowd surge — but the sisters both managed to avoid injury at NRG Park.

A source told People: "Everyone is shocked and upset. Kylie and Kendall were in the audience, but they are not injured."

Kylie was at the festival supporting Travis Scott — the father of her three-year-old daughter Stormi — who was performing on stage when the crowd surge took place.

After the tragic incident occurred, Kylie took to social media to post a video of an ambulance trying to make its way through the crowd at the festival.

However, the reality star — who has 280 million followers on Instagram — subsequently deleted the video after online criticism of her post.

The rap star has posted a statement about the tragic events at the festival on his Twitter account. 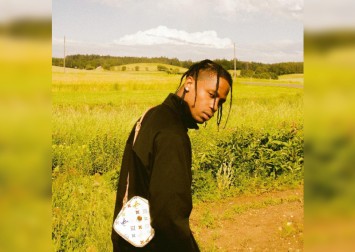 He said: "I'm absolutely devastated by what took place last night. My prayers go out to the families and all those impacted by what happened at Astroworld Festival.

"Houston PD has my total support as they continue to look into the tragic loss of life.

"I am committed to working together with the Houston community to heal and support the families in need. Thank you to Houston PD, Fire Department and NRG Park for their immediate response and support.

Travis, 29, stopped his performance at the festival in order to ask for help.

As the crisis was unfolding, Travis said: "Security, somebody help real quick."