Lady Gaga recalls time she 'couldn't get an audition'

Lady Gaga, making her debut as a movie actress in "A Star is Born", said on Sunday she was humbled by the role, calling herself "just a girl from New York who couldn't get an audition."

Gaga, the "Born This Way" singer best known for her flamboyant stunts on stage, plays an aspiring singer in the third remake of the romance between an aging star and a newcomer.

"I've always wanted to be an actress and this is more than I ever imagined," she told reporters on the red carpet at the Toronto Film Festival on Sunday. "I am just so honoured and grateful and humbled."

Gaga insisted that all the songs in "A Star is Born" were performed live, including those by her co-star Bradley Cooper, a novice musician.

"Singing live, there really was no question," Cooper, who also directed the film, told a news conference earlier on Sunday.

"When we first met, Stefani was very adamant about it," said Cooper, referring to Lady Gaga by her real name, Stefani Germanotta.

"A Star is Born" tells the story of country music singer Jackson Maine (Cooper), who meets, nurtures and falls in love with aspiring musician Ally (Lady Gaga). As Jackson deals with addiction and tinnitus and his own star wanes, Ally's career takes off.

As well as marking Cooper's directorial debut, the film is also the first to showcase his voice, songwriting and musical abilities. The "Silver Linings Playbook" actor has said he took singing and music lessons for six months. 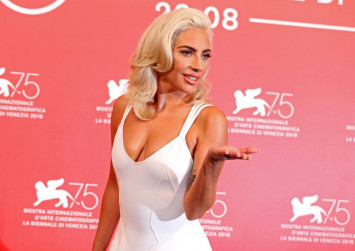 Gaga made her television acting debut in "American Horror Story: Hotel" winning a Golden Globe in 2016. But taking the lead role in "A Star is Born" was a big leap.

"At the beginning of making this film, we shook hands literally, and he said to me, 'You're an actress'," Gaga said. "And I said to him, 'You're a musician'."

The movie's concert scenes were shot on the stages of some of the world's biggest music festivals, including Coachella in California and Glastonbury in England.