The swinging sixties was a decade that birthed The Beatles, psychedelic prints and the first man on the moon. In the media, the halcyon days of the 1960s have been repeatedly romanticised as the nostalgic “good times” of the past and as someone not to shy away from well-worn tropes, director Edgar Wright delivers his love letter to this period, with a twist, in his newest film, Last Night in Soho.

Known for his witty storytelling, visual comedy and unorthodox scene creations, Wright is a distinctive voice even among current film auteurs. Following his previous films, such as Baby Driver or, fondly dubbed by fans as the Cornetto trilogy, Shaun of the Dead, At World’s End and Hot Fuzz, the filmmaker’s name promises humorous quips and action sequences edited to music beats. Co-written by screenwriter Krysty Wilson-Cairns (1917, Penny Dreadful), Last Night in Soho is a dazzling exploration of the nightmarish side within the era of dreams.

Deceptively shaped like a classic coming-of-age tale, the film follows the ‘60s-obsessed, aspiring fashion designer, Eloise “Ellie” Turner (Thomasin McKenzie), as she ventures into the thrumming heart of London. She chances upon an apartment that unlocks her path to the past, where her fate becomes entwined with that of a glamorous wannabe singer named Sandie (Anya Taylor-Joy). Starting as a dreamy nostalgic trip back to the ‘60s, Last Night in Soho quickly devolves into a dark psychological thriller.

After her mother’s death, Ellie is raised by her grandmother, Peggy (Rita Tushingham), who looks back fondly on the decade. Being raised on ‘60s music and myths fuelled Ellie’s love for the bygone era, something that translated to her designs. However, a troubling parallel to her retro obsession is her fixation on past events that have caused her to see literal ghosts of the past.

In a Mirror-of-Erised fashion, Ellie’s inability to let go even after her mother’s death has led to visions of her, seen mainly through the looking glass. Whether this is an actual gift or her hallucinations gets increasingly muddled as the past and present blur with Ellie’s late-night time-hopping adventures.

Moreover, with London being the epicentre of the flourishing arts, fashion and music scene back then, it isn’t hard to see why our heroine would be enamoured by it. In response to this, Last Night in Soho plays with the notion of nostalgia, questioning why people feel fondness for certain eras even without having lived through them. Do we lean on the past because we can’t handle our present? Ellie’s obsession with the past could have been exacerbated by her inability to fit in with her new peers in a new city, thus leading to her increasing desire to escape and live as Sandie.

The genre-bending film deconstructed the romanticised decade in a Gallio-esque fashion and served as a reminder that beyond its glitz and glam, the ‘60s were a tumultuous time rife with drugs and civil unrest. Ellie and Sandie’s experiences mirror the reality of many both past and present; following the well-worn narrative of aspiring artists moving to a big city, full of passion, only to be slowly torn down by the unforgiving city life. And in this case, such idealisations can even turn deadly.

Furthermore, true to Wright’s style, the film oscillates through various musical sequences. With the scenes directed to the beat, even the mind-boggling time skipping events are neatly woven together as a highly specialized mixtape.

But be beyond fun musical numbers, the film soon whisks us away into a twilight zone very different from Wright’s usual schtick. Paranormal activity and jumpscares may be the usual formula for horror pieces, but Wright’s film manifests a sinister tone through the combination of a carefully curated score and increasingly uncanny similarities between present-day incidents that eerily mirror those of the past.

Admittedly, many horror movies are filled with gendered tropes, a popular one being the final girl, in which the girl or woman is the survivor of the entire ordeal, while the assailant is typically a male. In Last Night in Soho, the female casts have to fight for their survival as the dreamy psychedelic nights spiral into a neon hellscape, as they are haunted at every step by sinister male figures, or so it seems.

Opening on an upbeat tune, the naive, starry-eyed Ellie makes her way to the city to pursue her fashion dreams. Things take a terrifying turn when the cab driver starts making increasingly lewd comments about Ellie’s body. These are done under the guise of innocuous remarks while insinuating that he could be her potential stalker.

The knowledge that even an innocent encounter could turn deadly at any given time, is a chilling reminder that the big shining metropolis still retains its shadows. Ellie’s experience echoes the fear and vulnerability women face when alone in an unfamiliar city riffed with danger. Wright daringly deals with the delicate subject matter of toxic masculinity, the abuse inflicted upon women in the 1960s and even reveals the insidious ways that misogyny has seeped into modern times.

A familiar phrase, “rooted in fear”, comes to mind as the film traps us in a spine-chilling nightmare. Ghastly apparitions that loom over Ellie and Sandie also prowl towards the audience whenever the perspective flips between a third-person point-of-view (POV) and a first-person POV of the same scene. Bearing silhouettes of faceless men, the ghostly figures rarely give chase, yet their lack of movement creates a grave disquiet as the audience is left in perpetual anticipation of their next attack.

Despite the horrors, like a person stuck in a trance, the audience’s eyes are repeatedly drawn back to the screen. The film ditches the dark gloomy tone of horror thrillers, choosing to transition from the muted palette in the start to a dizzying colour splatter and blazing lights. The fast tempo infused with the eclectic blend of sixties music creates an exciting buzz that hypnotises the audience. Most tragically is the knowledge that events of the past remain unchangeable, so like a tape on rewind, we can only observe helplessly alongside Ellie as Sandie spirals downwards.

Read Also
All the 2021 movies that have been delayed… again 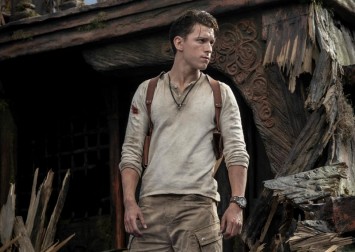 It makes us reflect on how despite the multiple advancements in human history, our society as a whole has not moved on from the past as much as we thought we did.  Stunning advances in women’s rights were made but not enough as can be seen from the tragic fate of the girls in the show. Past and present, there exist, malicious individuals who prey on the vulnerable.

On a lighter note, the film features many moments that make you go, “How did they do that?” Fans of Wright would know that he prefers effects done on-camera over fancy editing tricks. He has stressed the fact that whenever both girls are seen on-screen, even if one of them is a reflection in the mirror, both actresses are constantly filming together onsite.

Thus one shot, in particular, left the audience in awe. To visually represent the experience of Ellie who was inhabiting Sandie’s body, Jack’s dance partners swap between the two girls in a seamless series of on-screen transitions. The long, uninterrupted take of Sandie’s first dance with Jack (Matt Smith), involved the use of multiple Texas Switches, a feat made all the more impressive by the fact that the camera was not moved by motion control, but instead by an actual camera operator.

In a clever use of phrases laced with dual meaning, Wright managed to misdirect us while smoothly interweaving clues within the characters’ dialogues. Hints about the characters are also revealed through their speech cadences.

Another favourite trick of the director is the use of Creepy Twins. These twins have run amok in many of Wright’s films as minor antagonists. In Last Night in Soho, it manifests in an almost magical manner. Unbeknown to many, a famous pair of twins make a sneak appearance near the start of Ellie’s time-hopping adventures – James and Oliver Phelps. Anyone who has watched Harry Potter growing up would instantly recognise them as the fun-loving Weasley Twins. However, you will have to watch the film to find out for yourselves where they’ve appeared in.

Speaking of the cast, the charisma of the two actresses on-screen demands the attention of us viewers. Thomasin Harcourt McKenzie plays the titular character, Ellie, while Anya Taylor-Joy stars as her sixties counterpart, Sandie. Despite their age, both actresses are not strangers to being Hollywood headliners, with McKenzie having starred in multiple blockbusters such as Taika Waititi’s Jojo Rabbit and the emotionally stirring Leave No Trace. The young actress made her mark as one of the leading actresses in recent times with her duel horror roles in both M. Night Shyamalan’s Old and this film.

Read Also
The most anticipated movies of 2021: Spider-Man, The Matrix and more 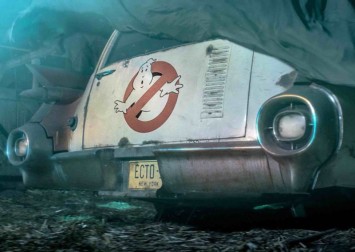 Not to be outshined, Taylor-Joy slays again, solidifying her throne as a true queen of horror. Slipping effortlessly into the role of a ‘60s diva, she has proven that the old Hollywood charm is evergreen. Her arresting performances span across multiple genres, with notable works such as The Witch, Split and The Queen’s Gambit. The starlet is also preparing for her new role as a younger incarnation of Charlize Theron’s Furiosa in the upcoming Mad Max: Fury Road prequel for the character, all whilst picking up a new singing skill for two of the film’s tracks.

Other familiar faces within the film include Matt Smith, widely recognised for his performance as the eleventh Doctor in the BBC series, Doctor Who, as the slick, charismatic Jack. Terence Stamp (Billy Budd, Miss Peregrine’s Home for Peculiar Children) stars as an old man in present times who had an unnerving knack for seeking out Ellie’s location. He may or may not be the aged Jack. The veteran actor has been known to portray sinister villains, thus casting him may be a deliberate choice on Wright’s part to drop hints on his character.

Dame Diana Rigg plays Ms Collins, the elderly landlord of Ellie’s new apartment. Curiously, Wright would cast an illustrious actress in such a small role, but the only way to solve this mystery is by watching the entire film. Last but not least, rising actor Michael Ajo stars as the sweet-natured John, a confidant and support of Ellie.

Past and present collide in a series of twists, unveiling secrets as pieces of the puzzle fall into place towards the bittersweet end of Last Night in Soho. Despite the slasher film route that Last Night in Soho takes on, the film remains stylishly captivating and fun. For audiences who have enjoyed more of his humorous works, the movie may be a jarring experience. But for those who are up for a taste of horror, be prepared for an acid trip downtown as the jarring truth beneath the heyday of showbiz unravels itself at a dizzying pace.

Last Night in Soho is a scary good psychedelic time-hopping trip that unravels a disquieting side of the swinging sixties. It is truly a horror fest worthy of Edgar Wright’s directing style, powered by relatable and likeable actors who each brought different levels of energy to the film.