Less than a month after stabbing, Simon Yam heads back to Guangdong to promote his movie

On Sunday (Aug 11), Simon Yam had no fear making another public appearance in Guangdong province in China, less than a month after he was stabbed by a man.

The Hong Kong actor, who is recovering from the July 20 attack in Zhongshan in which he sustained injuries to his abdomen and hand, popped up in Guangzhou to promote his upcoming movie Little Q.

Yam had said after the assault that he would be more selective about public appearances but his Guangzhou outing proved that he did not want to let down the backers of the movie which co-stars Gigi Leung, Him Law and Charlie Young.

The movie tracks the relationship between a loyal dog and a chef who is blind.

Security was tightened up on Sunday for Yam, 64, who still had his right hand bandaged and supported by a sling from his neck.

Read Also
Simon Yam recalls everything was a blur during stabbing, didn't realise he was slashed in hand 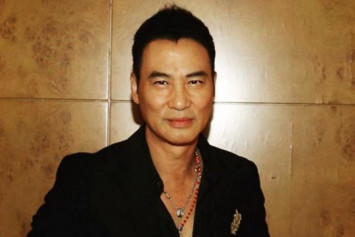 "Little Q resembles a story about me and my daughter. It is a very important movie for me, and the best companion movie I've ever made," China.org.cn portal cited him as saying.

While he did not mention the Zhongshan nightmare, pundits said it was obvious that the incident was on his mind hen he noted that love and support from loved ones and friends are instrumental in helping a person go through difficulties - a theme which the movie reflects.

In Guangzhou, Yam - true to his nice-guy image - did not shy away from interacting with a big turnout of fans, with the actor telling everyone that he has full confidence in the ability of the Chinese authorities to maintain law and order.

Little Q, which was originally slated for a cinema rollout on July 25, will now be released on Sept 20.