What was once a happy and romantic number will now bring pain and sadness.

Taiwan's 'dancing queen' Serena Liu went on her first date with her husband, Taiwanese singer Shin Lung, many years ago on July 22. Since then, the duo celebrated 'doubles anniversary' on the 22nd of each month. Alas, fate has played a cruel trick on the loving couple.

The 44-year-old dancer-actress died on March 22 at 22:22, according to a Hong Kong Apple Daily news report which cited a statement released by the hospital. It was also revealed that the cause of death was high intracranial pressure.

Speaking to Taiwanese media, Jacky explained that Serena's medical team had determined there was nothing more they could do. Nevertheless, Shin couldn't bring himself to let go of his wife. Hence, they requested for Taipei mayor Ko Wen-je to assess her condition.

Prior to his mayorship, Ko was a doctor at National Taiwan University Hospital and his specialty includes organ transplant, Ecmo, and artificial organs.

It was only after Ko's medical assessment that Serena had "no chance left medically" that the family made the painful decision to let her go. Jacky said: "Serena's parents didn't want her to suffer anymore and after a long discussion, Serena passed away [on March 22] at around 10pm."

From Jacky's statement, it seemed like her family made the heartbreaking decision to pull the plug off life support. Reports said the heartbroken Shin kissed Serena farewell, and promised to be husband and wife again in their next life. 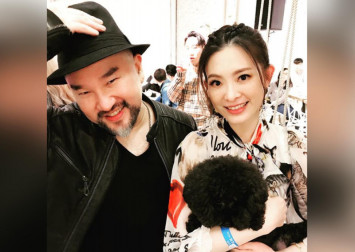 Jacky also mentioned that there will be a full press conference in the near future where they'll field questions from the media.

As for Shin, Jacky respectfully requested that he be given space during this time because he's "emotionally devastated" and has "said things which concerned us". Serena and Shin have a four-year-old daughter.

Veteran singer Yu Tian, a friend of the family, told the media separately: "Shin Lung can't get over his grief and keeps telling us he wants to leave together with Serena. How can he? What would happen to their child?"

Since news of Serena's passing broke, celebrities have expressed their condolences in various forms.

Taiwanese actress Ruby Lin published an Instagram post with the acronym "R.I.P" (Rest In Peace) while Taiwanese singer-actor Tony Sun shared a picture of the One Piece lead character bowing his head in respect along with the caption "R.I.P".

Ella Chen, one-third of popular girl group S.H.E, only learnt of the news via reporters and said: "My heart hurts. As a mother myself, I can imagine that the one person Serena will be most worried about leaving is her daughter. 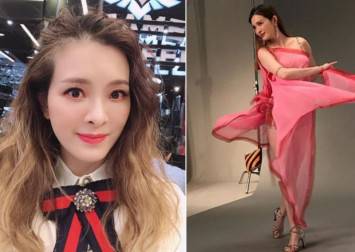 "I think Brother Shin and his family will need some space so I hope everyone won't disturb them. I hope Serena is at peace."

It was also reported that Taiwanese host-actress Dee Hsu cried uncontrollably and said: "I only hope she has many beautiful shoes to wear in heaven so she can continue to dance."

Even Hong Kong Heavenly King Andy Lau, whom Serena once danced with on a variety programme 16 years ago, expressed his sorrow at her death. He told Taiwanese media: "It's very sad and unfortunate. I hope Shin Lung takes care of himself, his daughter, and his family."

Serena's wake will be held from March 25, 2.22pm, at Lung Yen Life Service in Zhongshan District, Taipei. The wake will last for five days.

She fell into a coma in February after undergoing heart valve repair surgery, and was in critical condition. She was put on extracorporeal membrane oxygenation, or Ecmo, while awaiting a heart transplant. Reports said she went for the surgery to improve her heart condition as she wanted to try conceiving a son.