The Chinese actress, however, now suffers from postpartum depression, caused in part by her husband's mother, according to Mirror Weekly.

Several incidents allegedly led to its onset, as detailed in the report.

Her mother-in-law was said to have put considerable pressure on her to conceive for years. 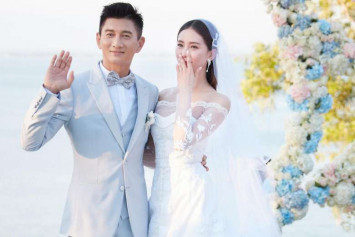 When the 32-year-old got pregnant, she stayed in Taiwan for months to prepare for the birth, which led to more friction with Nicky's mum.

At one point, the situation reportedly forced Shishi to return to her Beijing home, where she broke down.

Netizens have also reacted unkindly to reports that the 48-year-old Taiwanese has been "stingy" with his wife.

The actor was said to have chosen Taipei for the delivery because the suite Shishi recovered in cost only NT$12,000 (S$520) per night, as compared to the Beijing facility fellow Chinese actress Gao Yuanyuan stayed at, which came up to NT$30,000 daily.

The new parents were understandably overjoyed when they announced the baby's arrival on Weibo on April 29.

They had met and fallen in love on the set of 2011 period drama Scarlet Heart.